Special attention has been also paid to the release of Ukrainian hostages kept by Russia. 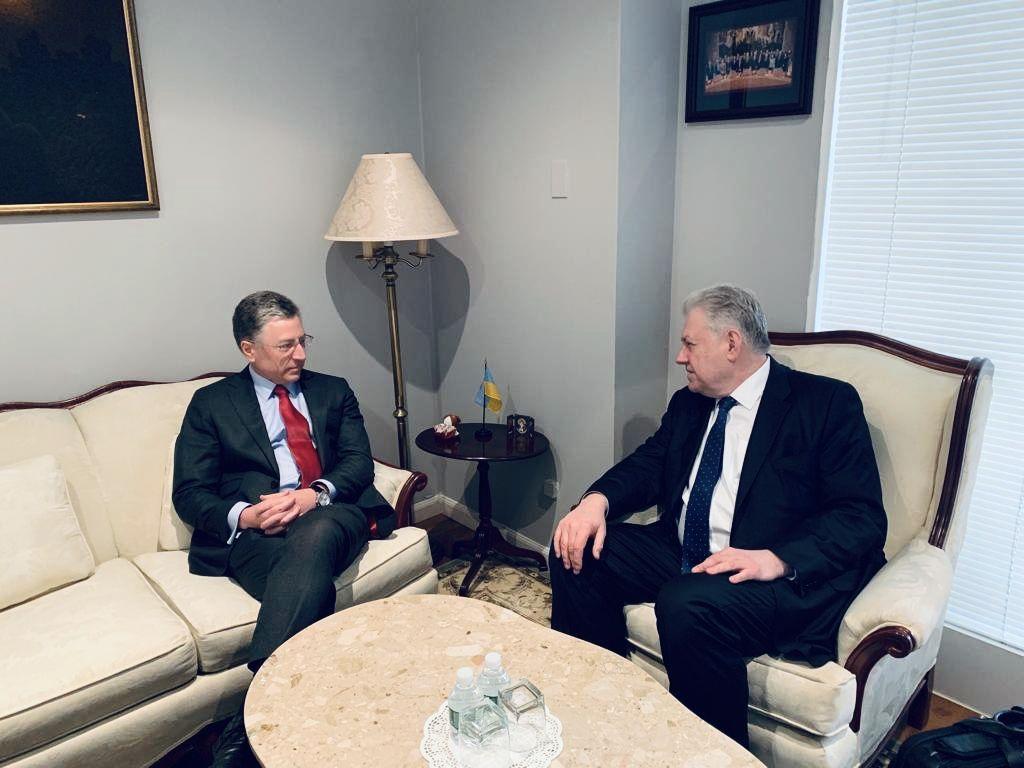 Permanent Representative of Ukraine to the United Nations, Ambassador Volodymyr Yelchenko met with United States Special Representative for Ukraine Negotiations Kurt Volker in New York City on Monday, January 28, 2019, to discuss the situation in the occupied territories of Ukraine – in Donbas and Crimea.

Read alsoYelchenko: UN to have its resident coordinator in Ukraine from 2019

Yelchenko and Volker also discussed further steps on restoring the sovereignty and territorial integrity of Ukraine, including through deployment of an international peacekeeping mission to Donbas. Special attention was also paid to the release of Ukrainian hostages kept by Russia, according to the Permanent Mission of Ukraine to the United Nations.

If you see a spelling error on our site, select it and press Ctrl+Enter
Tags:CrimeaDonbasUkraineUSARussianAggressionhostagespeacekeepersYelchenkoreleaseKurtVolker