Poroshenko will run for president in 2019

According to the president, welfare, security and order are no less important than the army, language, religion. 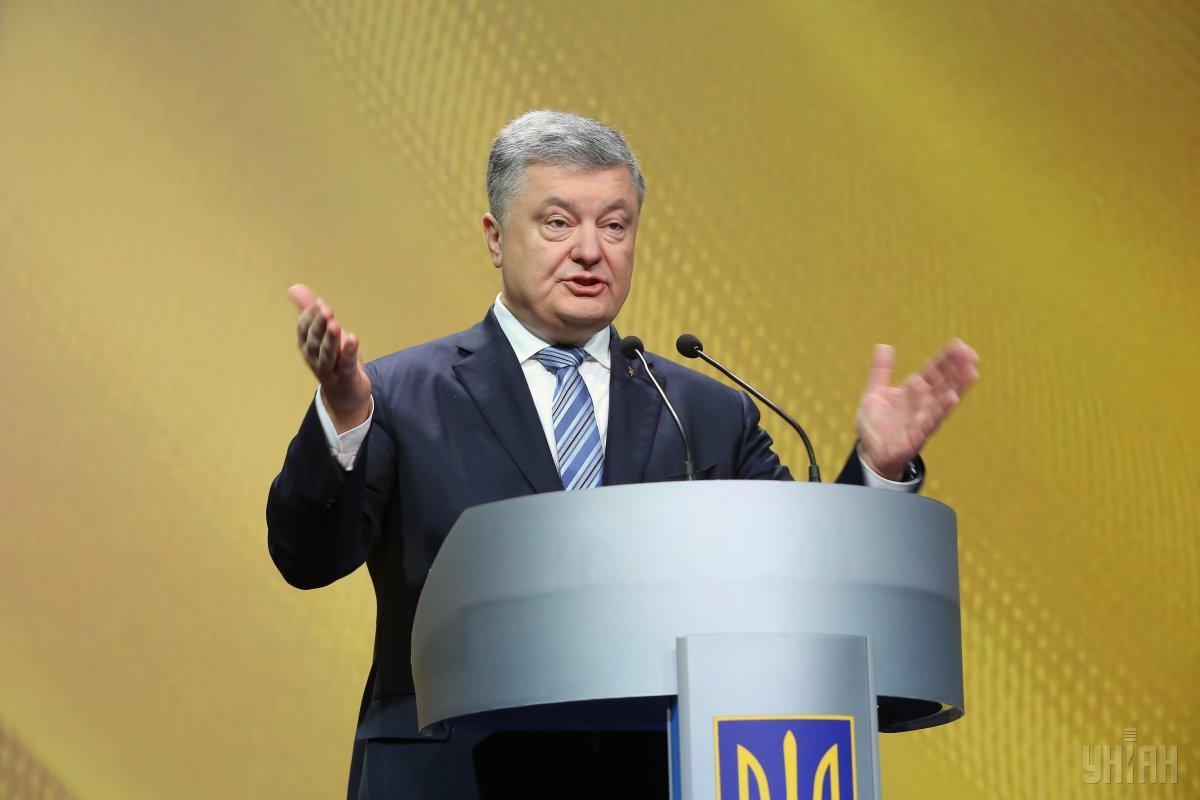 Ukrainian President Petro Poroshenko has announced he will run for president in Ukraine in 2019.

"The feeling of deep responsibility toward the country, fellow men, the old and next generations of Ukrainians has prompted me to make a decision to run again for president in Ukraine," he said at Kyiv's International Exhibition Center during the Forum titled: "From Kruty to Brussels. We are going our way."

Poroshenko asked the voters for a mandate "to guarantee the irreversibility of European and Euro-Atlantic integration, our independence, to restore the territorial integrity of the country and bring advantageous peace to Ukraine in order to complete the construction of a strong, successful state capable of ensuring order, well-being and security of every Ukrainian."

According to the president, welfare, security and order are no less important than the army, language, religion, "so that to build solid walls and a solid roof over the solid foundation that we have laid in the five years."

If you see a spelling error on our site, select it and press Ctrl+Enter
Tags:PoroshenkoUkraineelectionspresidency