Russia wants the Ukrainian government to resume the payment of social benefits to people in the Donbas, after which the issue of control over the border will be resolved much more easily, Russian Foreign Minister Sergei Lavrov said on Wednesday at a press conference in Moscow, according to UNIAN’s correspondent in Russia. 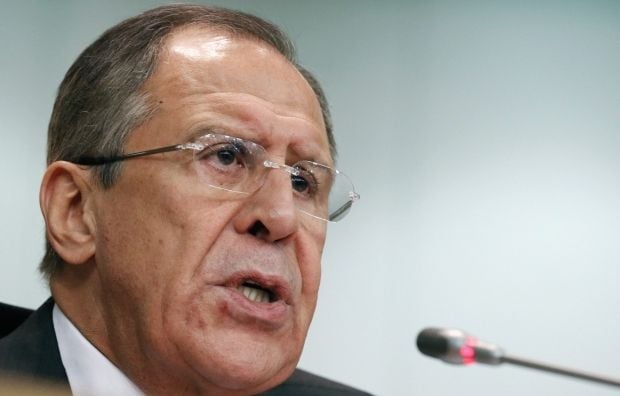 "If all of this is done, the issue of border control will be resolved much more easily, since all those who live in the Donbas will know that they are provided with socio-economic services, they are safe and have guarantees that they can live without any fears of their lives and the lives of their relatives," Lavrov said.

According to Lavrov, it is necessary to build a sequence of actions.

"At first, it is necessary to establish peace, to withdraw heavy weapons, to begin the political process, in particular to agree with Kyiv on the municipal elections in every village in the east, and to begin the political process in a broader sense, as was promised in the Geneva Declaration of April 17, 2014 and in the Minsk agreements," he said.

As UNIAN reported earlier, on December 1, 2014 the Cabinet of Ministers decided to stop paying social benefits to citizens who were in the occupied territories.

Since January 21, 2015, special passes have been required to cross the demarcation line between the territory controlled by Ukraine and the militant-occupied territories.

On January 29, Minister of Social Policy of Ukraine Pavlo Rozenko said that the pensions and social benefits to those residents of the Donetsk and Luhansk regions, who were in the territories temporarily controlled by the Russian-backed militants, were credited to their accounts and paid throughout those parts of the country controlled by the Ukrainian authorities.