There are many issues related to the functioning of the church. 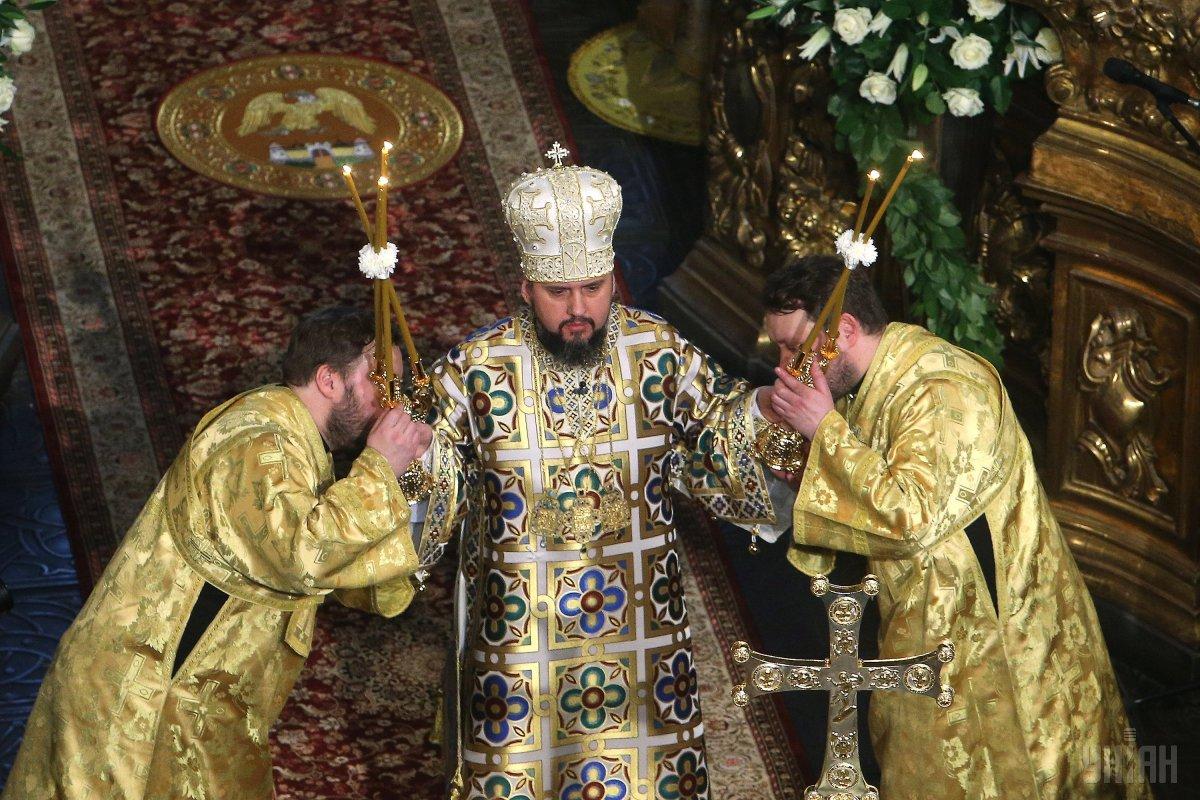 Epifaniy (Epiphanius) was enthroned on February 3 / Photo from UNIAN

The Holy Synod of the newly created Orthodox Church in Ukraine is to gather in Kyiv on Monday, February 4 and will be chaired by the church's leader Epifaniy.

"This is not officially, but we were informed that tomorrow the Holy Synod would take place and Epifaniy, the Metropolitan of All Ukraine, will officially take up his duties," a correspondent of the Pryamiy TV Channel said, citing own sources.

Read alsoPoroshenko: There will be no state-controlled church in Ukraine

The agenda of the event includes many issues, but it is not known for certain which ones will be the first. Among possible issues to be discussed will be how to mention Metropolitan of Kyiv and All Ukraine Epifaniy during religious services by every clergy. Also, there are many issues related to the functioning of the church, the correspondent said.

As UNIAN reported earlier, Metropolitan of Kyiv and All Ukraine Epifaniy (Epiphanius) was inaugurated as Primate of the newly created Orthodox Church of Ukraine at Kyiv's Saint Sophia Cathedral on February 3.

If you see a spelling error on our site, select it and press Ctrl+Enter
Tags:meetingreligionchurchOrthodox