Soroka did not express any complaints, diplomats say. 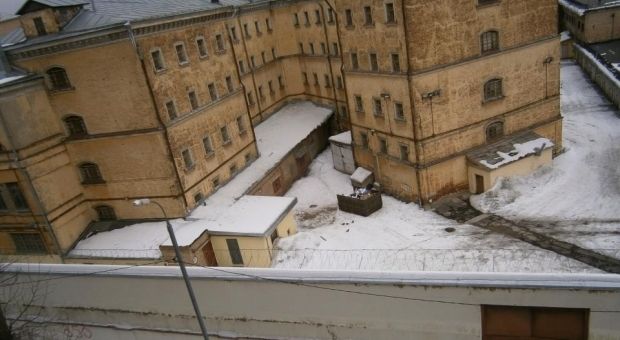 Ukrainian consuls have visited a Ukrainian wounded sailor Vasyl Soroka, one of the Ukrainian servicemen captured by Russia in a November 25 Kerch Strait incident, who was recently transferred to the Moscow-based Lefortovo detention center.

"We have started visiting [capture sailors held in Moscow-based detention centers] from February 1; we're continuing today. The consuls have received permits. They have so far visited Ukrainian prisoner of war Vasyl Soroka, that's on Friday. He is wounded. Today, they'll be visiting two more wounded – Andriy Eyder and Andriy Artemenko," Deputy Head of the Consular Department at the Ministry of Foreign Affairs of Ukraine Oleksandr Khomiak told UNIAN.

He added that, according to the information received from the diplomats, Soroka did not express any complaints, while his health condition is improving.

"Let's hope their condition will improve," the diplomat added.

Ukrainian consuls have received permits to visit Ukrainian prisoners of war, but not on a daily basis, the report says.

Russian-controlled "courts" in occupied Crimea ruled that all 24 detainees should be remanded in custody, after which they were transferred to the Moscow-based Lefortovo and Matrosskaya Tishina detention centers. Moscow's Lefortovo district court in the middle of January 2019, ruled to keep the Ukrainian sailors in remand until the end of April 2019.

If you see a spelling error on our site, select it and press Ctrl+Enter
Tags:RussianAggressionvisitPOWConsulsailor