A ceasefire in the Donbas will take effect from February 15, and the withdrawal of heavy weapons for Ukrainian troops will be carried out from today's line of contact, and for the militants from the line set in the Minsk agreements of September 19, Russian President Vladimir Putin said in Minsk on Thursday 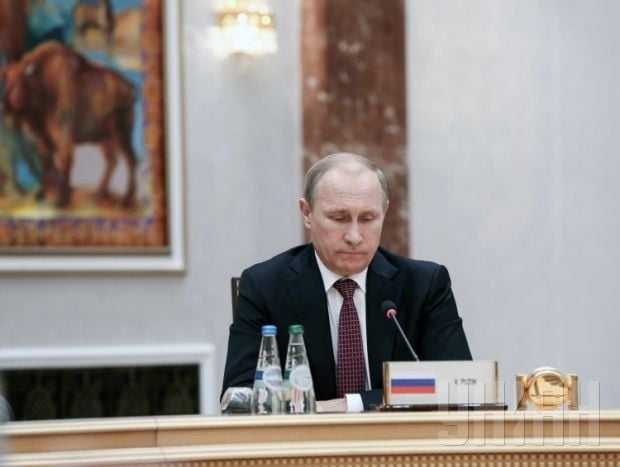 According to an UNIAN correspondent, Putin said this on the conclusion of his meeting in Minsk with Ukrainian President Petro Poroshenko, German Chancellor Angela Merkel and French President Francois Hollande on the settlement of the situation in the east of Ukraine. The negotiations lasted more than 13 hours.

"We have agreed, in my opinion, on a lot of issues. First, we have agreed on a ceasefire to be effective from 0000, February 15," Putin said.

Putin said that the parties have also reached an agreement on early political settlement of the crisis.

According to him, the agreement has several provisions, including constitutional reform in Ukraine that will take into account the legitimate rights of the people of the Donbas, and the solution of border issues "in agreement" with the Donbas militants.

Putin said there was reached an agreement on implementation of the "previously adopted law on the special status of the territories of Donetsk and Luhansk."

"And finally, [there was] a whole range of economic and humanitarian issues. We believe that all the parties will show restraint in the near future before the start of the total ceasefire," Putin said.