Germany and France will provide technical support for the restoration of the banking system in the occupied parts of Donbas, possibly by establishing an international mechanism to facilitate the payment of social benefits, according to the new Minsk peace agreement. 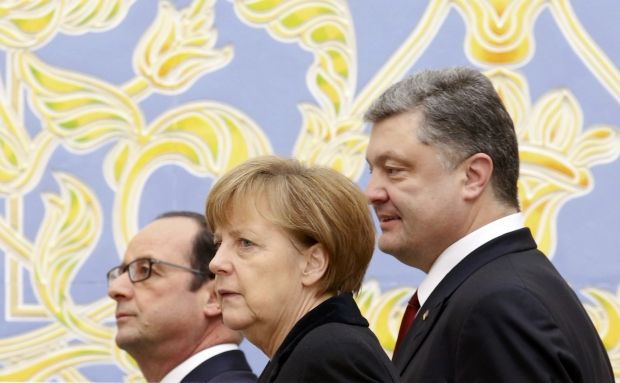 According to UNIAN correspondent in Russia, the promise of support from Germany and France is stated in the declaration that was signed on Thursday in Minsk on the list of actions that are to be taken to implement the previous Minsk agreements.

Ukraine cut many social payments to militant-seized parts of Ukraine after it lost control of the banking and payments systems there. It put in place measures to pay pensions and social benefits, but only those able to travel out of the militant occupied zone were able to collect them.