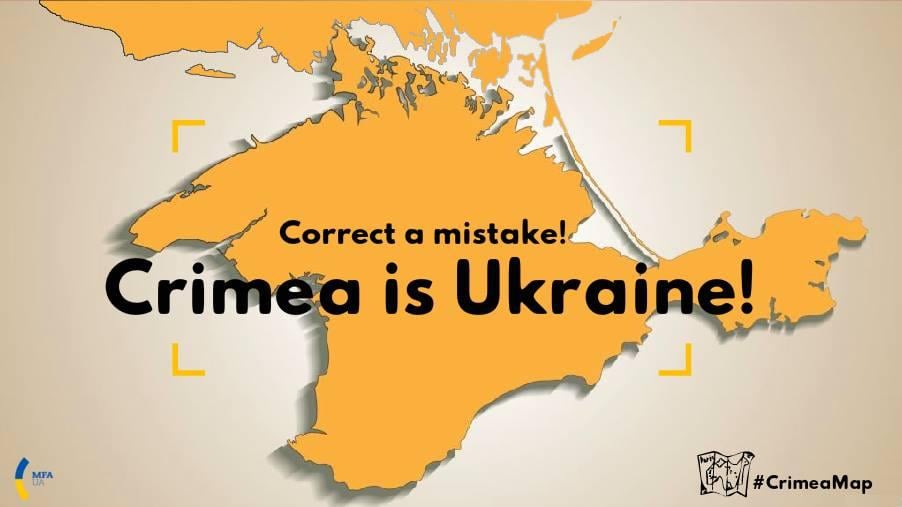 The Embassy of Ukraine in France has called on the French news agency Agence France-Presse (AFP) to fix the map where Ukraine's Crimean peninsula is designated as Russian territory.

"Despite repeated explanations and the unambiguously clear position of the international community, some French media continue making mistakes by showing illegally annexed Crimea on maps as Russia's territory," the Embassy of Ukraine in France said on Facebook.

In particular, an incorrect map was posted on AFP's Twitter on February 5.

"The embassy asked the agency's heads to take the necessary measures to fix the situation and prevent such cases in future. We expect an adequate response," the embassy said.

If you see a spelling error on our site, select it and press Ctrl+Enter
Tags:CrimeaFranceoccupiedCrimea