The Ukrainian prisoners of war will remain in custody in the Lefortovo detention center until the end of April. 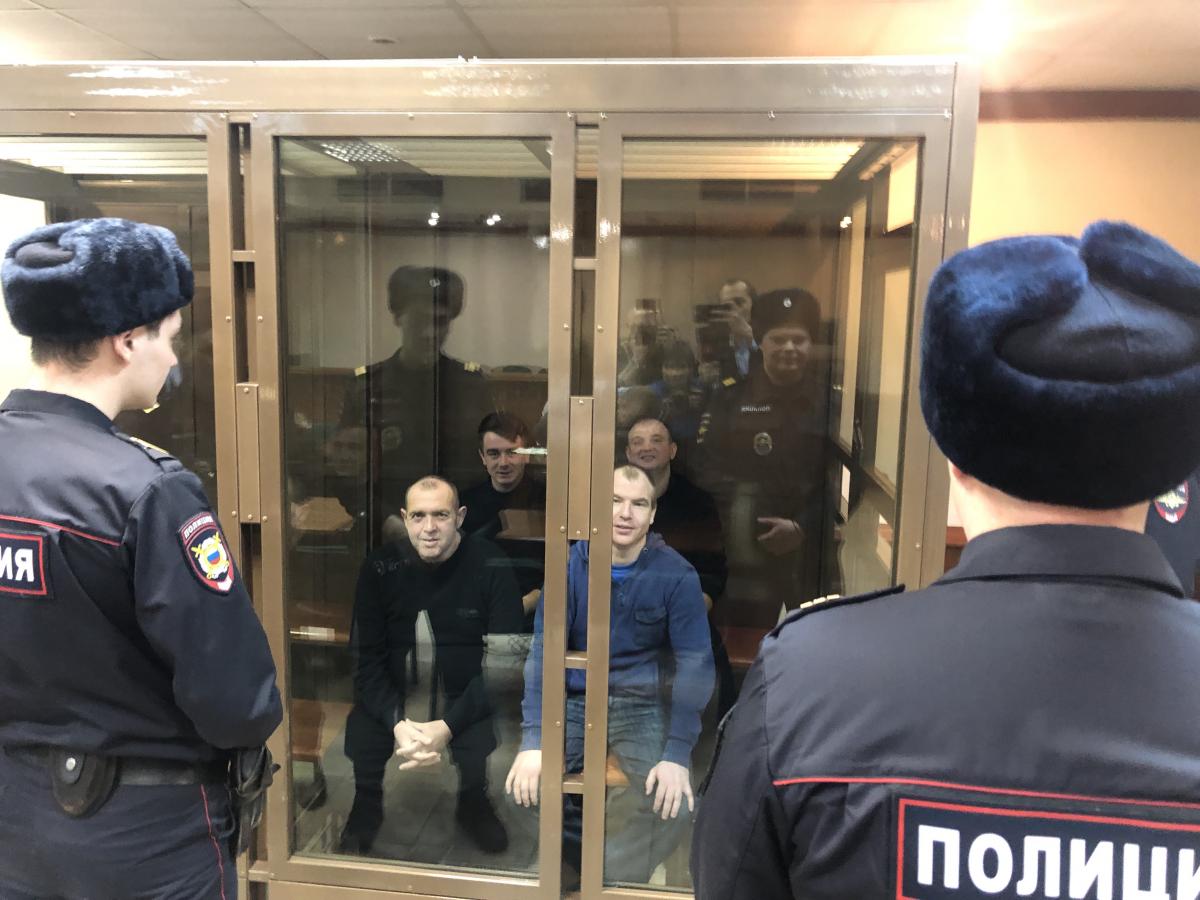 The Moscow City Court has upheld a ruling on the extension of arrest for another four Ukrainian sailors, namely Serhiy Chuliba, Yuriy Bezyazychny, Yuriy Budzylo, and Bohdan Nebylytsia.

Ukrainian, EU and U.S. diplomats, as well as Russian activists came to support the Ukrainian prisoners of war, according to an UNIAN correspondent in Russia.

The first four who the Moscow court left in remand were Volodymyr Tereshchenko, Serhiy Popov, Bohdan Holovash, Andriy Shevchenko. The decision on them was taken on February 7. The decision on the second four sailors, namely Yevhen Semydotsky, Andriy Oprysko, Roman Mokriak, and Serhiy Tsybizov, was taken on February 12. They will remain in custody for the period determined in the January 2019 ruling.

If you see a spelling error on our site, select it and press Ctrl+Enter
Tags:RussiaUkrainearrestcourtMoscowcaptivityextensionPOWscrewsailor