The parties coordinated actions aimed at introducing the "Azov package" of sanctions. 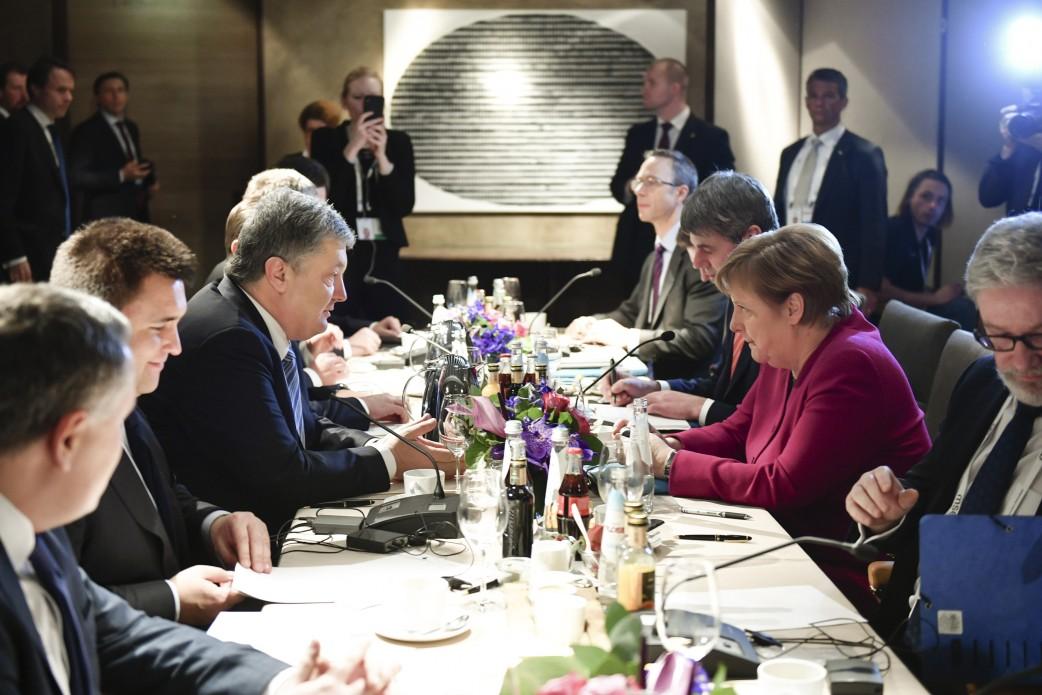 Ukrainian President Petro Poroshenko and Federal Chancellor of Germany Angela Merkel in the framework of the Munich Security Conference have discussed ways to counter Russia's aggression against Ukraine.

Read alsoPoroshenko thanks Stoltenberg for NATO's support to Ukraine, condemnation of Russian aggression

Poroshenko underlined the importance of increasing pressure on Russia to release captive Ukrainian sailors illegally detained in the Kerch Strait, as well as all Ukrainian hostages illegally kept both in Russia and in the occupied territories of Donbas and Crimea, according to the president's press service.

The parties coordinated actions aimed at introducing the "Azov package" of sanctions.

Another important topic of negotiations was the issue of preventing Russian interference in the presidential elections in Ukraine.

If you see a spelling error on our site, select it and press Ctrl+Enter
Tags:PoroshenkoUkraineRussianAggressionMerkelRussiaSanctionsGermanyMunichSecurityConferenceRussiaMeddling