Ukraine grateful to U.S. partners for their support – Poroshenko

The parties discussed further steps to be taken in response to Russia's actions in Ukraine as well as the policy of sanctions. 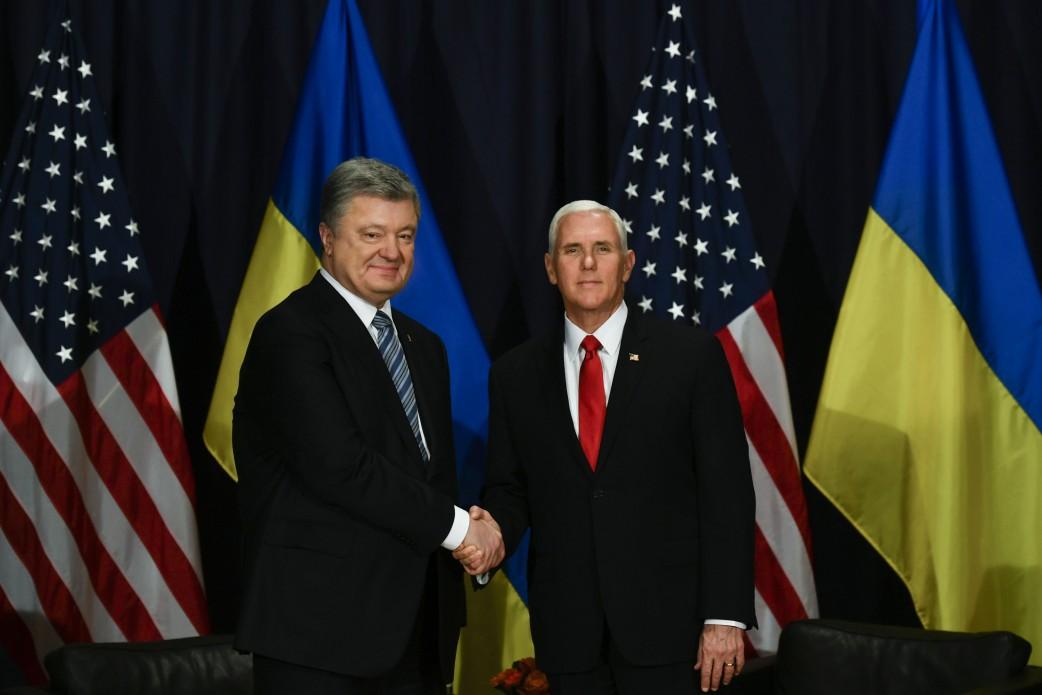 Ukrainian President Petro Poroshenko has said Ukraine is grateful to U.S. partners and partners from the EU for a strong and constant support.

"I thanked the Vice President and asked to convey words of gratitude to the president of the United States, to the Congress for the financial support of Ukraine. You know that the budget provides more than US$700 million for the additional support of our state. And this is the position of a true friend and partner," Poroshenko told media representatives after the meeting with U.S. Vice President Mike Pence, according to the presidential press service.

"I am grateful to our American partners and our European partners for a clear and consistent position of support for Ukraine," Poroshenko added.

The president said a very thorough discussion took place at the meeting with the Vice President of the United States. "He [Mike Pence] emphasized at the very beginning that Ukraine was a reliable and strategic partner of the United States of America. We firmly count on cooperation, including in the defense sector, including in the supply of all types of weapons to Ukraine, after we have adopted the law that allows the Ministry of Defense to directly provide the supply of weapons," the president said.

Poroshenko also thanked Pence for a high assessment of his team. In particular, the work of diplomats, the military and the government's steps that ensured the implementation of reforms.

The parties discussed further steps to be taken in response to Russia's actions in Ukraine as well as the policy of sanctions.

"We agreed that the firm support of Ukraine would be continued in the United Nations General Assembly during the debate on the occupied territories, as well as in other international organizations," Poroshenko said.

In turn, U.S. Vice President Mike Pence assured the U.S. supported Ukraine. "I want to express a simple message to Ukrainians: 'We are with you.' Recent developments in the Kerch Strait remind of the challenges of Russian aggression faced by Ukraine. I want to assure you that the United States supports Ukraine," he said.

Pence also noted the economic reforms that made possible additional cooperation between Ukraine and the IMF. "I look forward to your further progress in the economy and hope that we will find additional ways to strengthen security in Europe," he added.

If you see a spelling error on our site, select it and press Ctrl+Enter
Tags:PoroshenkoUkraineUSAsupportMikePence