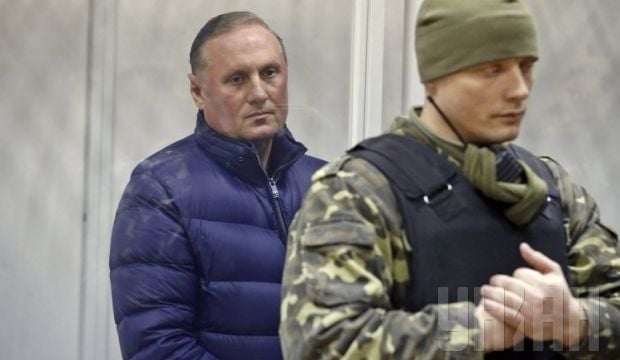 As an UNIAN correspondent reported, the decision was announced by the investigator judge of the Kyiv Pechersk Court Olesia Batryn on Monday, satisfying a request from the prosecutor general.

According to its ruling, the court concluded that there were risks that the former chairman of the Party of Regions might attempt to obstruct the investigation, put pressure on witnesses or leave the country.

According to the court, if the required bail is not posted before April 14, Yefremov will remain in custody. He will be released from custody after posting UAH 3.6 million in bail.

The court also ruled that Yefremov had to surrender his passport to investigators.

The lawyer of the former MP, Oleksandr Melnykov, asked the court not to impose any preventive measures to his client. He told the court that a group of MPs wrote a letter with a request that Yefremov be granted bail. The letter was signed by former members of the Party of Regions Tetiana Bakhteieva, Yuriy Voropaiev, Dmytro Shpenov and others.

As UNIAN reported earlier, Yefremov was detained on February 14 by officers of the Prosecutor General’s Office and Ukraine’s SBU Security Service. He appeared in court two days later.