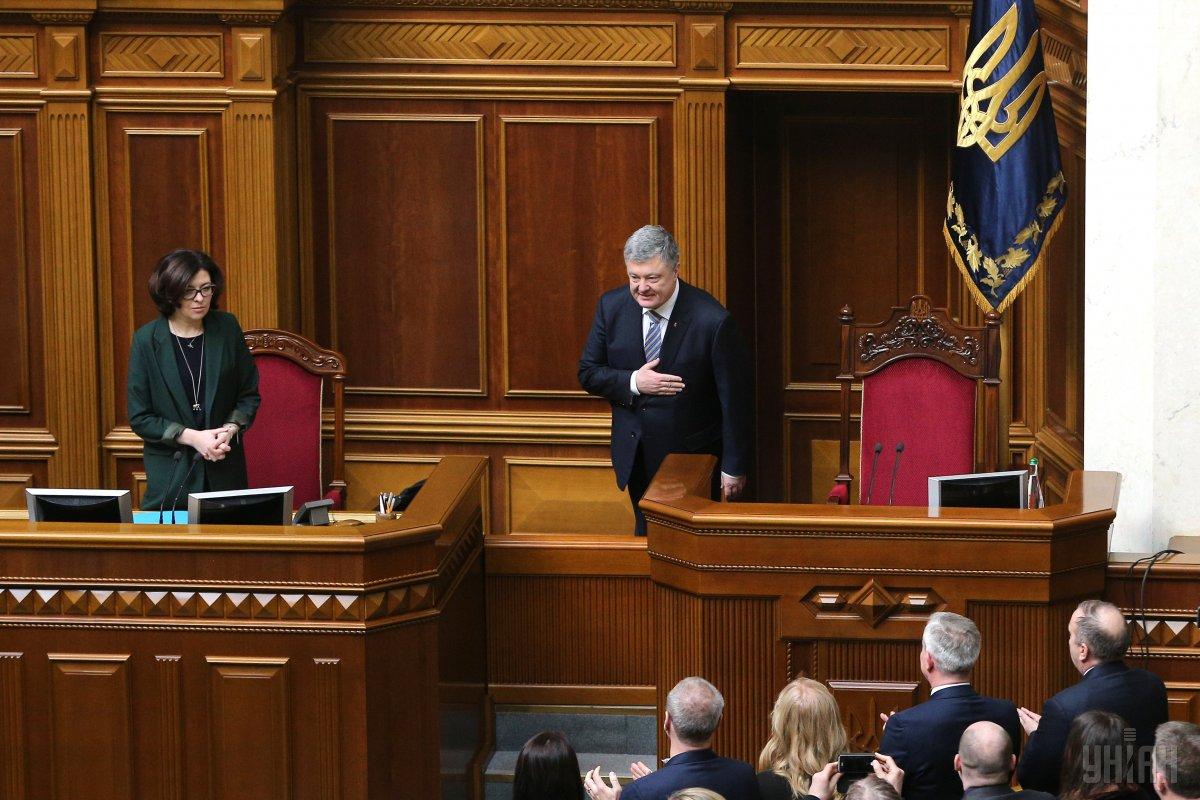 Ukrainian President Petro Poroshenko has signed a law on amendments to the Constitution on Ukraine's path to the European Union and NATO.

The signing ceremony took place during a special meeting of the Verkhovna Rada of Ukraine in connection with the fifth anniversary of the beginning of the Russian armed aggression against Ukraine, according to an UNIAN correspondent.

Read alsoUkraine's path toward EU and NATO: Point of no return

As UNIAN reported earlier, the Verkhovna Rada, Ukraine's parliament, on February 7 backed amendments to the Constitution on Ukraine's path to the European Union and NATO.

If you see a spelling error on our site, select it and press Ctrl+Enter
Tags:PoroshenkoNATOEuropeanUnionlawConstitution