Manger is allowed to move inside the city of Kherson. 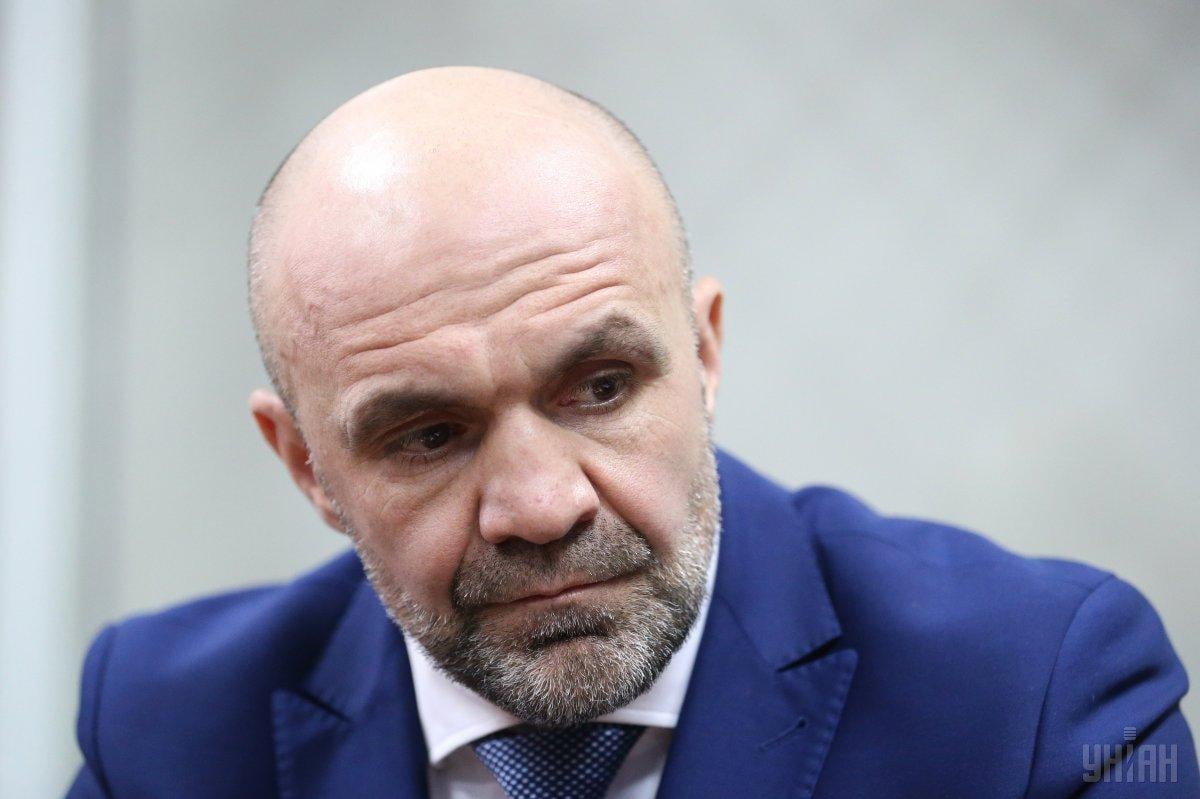 An ankle monitor has been put on Chairman of Kherson Regional Council Vladyslav Manger who is suspected of ordering an assassination of local activist Kateryna Handziuk.

"According to the court order, which was sent to Kherson region's police, this citizen was released on bail with the mandatory wearing of an ankle monitor," Press Secretary of the National Police Yaroslav Trakalo said, according to the Ukrainian news outlet Ukrayinska Pravda.

"On Saturday [February 16], such a monitor was put on him in the presence of the investigator," he said.

Manger is allowed to move inside the city of Kherson, but he needs an SBU investigator's permit to travel outside the city. The SBU Security Service of Ukraine is conducting a pretrial investigation into the Manger case.

On February 15, a court decided to arrest Manger until March 3, simultaneously setting UAH 2.5 million bail (about US$92,000). On the same day, Manger was freed after the bail had been put up for him.

UNIAN memo. Kherson activist, adviser to the Mayor of Kherson and acting manager of affairs at Kherson City Council's executive committee Kateryna Handziuk, 33, on July 31, 2018, survived an act of acid throwing. She suffered burns to more than 35% of her body and underwent 11 operations in Kyiv to treat her horrific injuries. Handziuk died on November 4, 2018. The immediate cause of her death was given as a severed blood clot resulting from the acid attack. Police originally qualified the attack as an attempted murder committed with extreme cruelty, then its status was changed to completed murder. Six suspects were detained, one of whom, Mykola Novikov, was later released from custody as charges against him were dropped. The alleged participant in the assassination, Serhiy Torbin, and Mykyta Hrabchuk, another suspect in the case, are in custody. Three other suspects – Vyacheslav Vishnevsky, Volodymyr Vasyanovych, and Viktor Horbunov – were placed under house arrest. On November 5, the media reported that Torbin had allegedly received money for the attack on Handziuk from Ihor Pavlovsky, an assistant to Member of Parliament from the Petro Poroshenko Bloc parliamentary faction Mykola Palamarchuk. Palamarchuk in turn dismissed any accusations of his possible involvement in the assassination attempt on the activist. He also said he had dismissed Pavlovsky. On November 12, a court ruled to detain Pavlovsky. According to the SBU Security Service, he is suspected of complicity in the Handziuk murder. Chief Prosecutor Yuriy Lutsenko announced on December 3 that the investigators had identified all the individuals who had ordered the assassination. He also named Oleksiy Levin (his real second name is Moskalenko) who later was placed on the international wanted list on December 10, 2018, on suspicion of involvement in the Handziuk assassination. On January 31, 2019, Chairman of Kherson Regional Council Vladyslav Manger announced the suspension of his membership in Yulia Tymoshenko's Batkivshchyna Party for the period of the investigation of the Handziuk murder case. On February 11, Manger was served with charge papers as an organizer of the assassination of Kherson activist Kateryna Handziuk.

If you see a spelling error on our site, select it and press Ctrl+Enter
Tags:investigationassassinationKherson