Zelensky takes lead in Ukraine poll ahead of 2019 presidential vote

Poroshenko and Tymoshenko's chances to make it to the second round are almost equal, experts say. 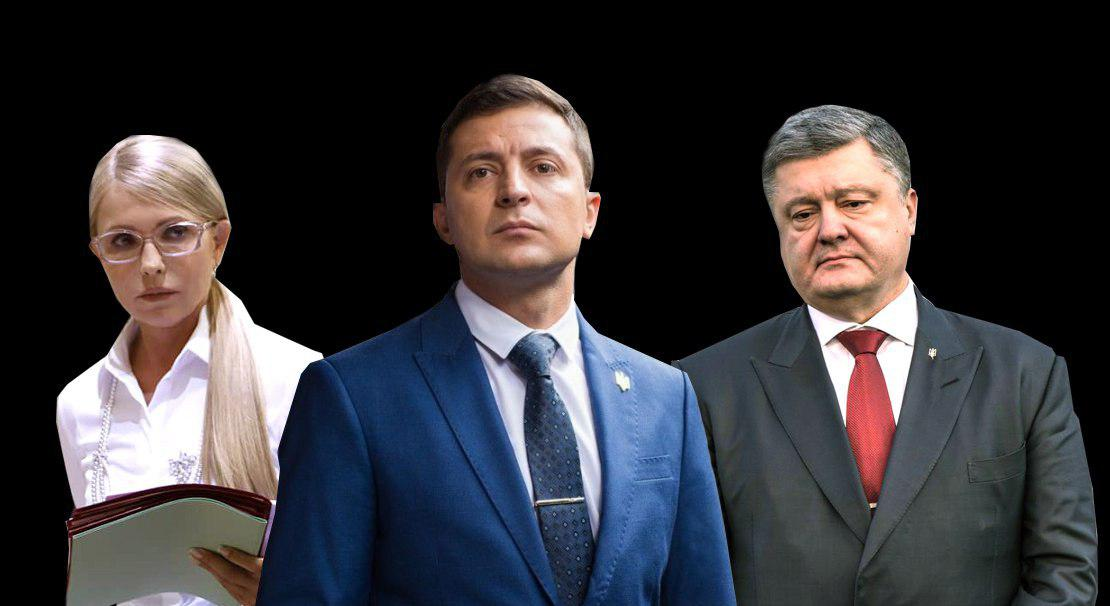 Comedian, public figure and now leader of the Sluha Narodu (Servant of the People) Party Volodymyr Zelensky has taken lead in a poll ahead of the 2019 presidential election.

"Zelensky is a leader among presidential candidates with 17.5% of all respondents willing to vote for him (19% among those who intend to go to a polling station)," according to a survey by the Oleksandr Razumkov Ukrainian Centre for Economic and Political Studies.

At the same time, Ukrainian President Petro Poroshenko (13.1% and 16.8% respectively) and leader of the Batkivshchyna Party Yulia Tymoshenko (11.5% and 13.8% respectively) have almost equal chances to make it to the second round of elections.

According to the survey, leader of the Hromadianska Pozytsia (Civic Position) Party Anatoliy Hrytsenko has support of 5.9% of respondents and 7.3% of those who actually plan to cast their ballot; Head of the Opposition Bloc Yuriy Boyko will get 6.3% and 7.1%, respectively, and leader of the Radical Party Oleh Liashko will gain 4.3% and 4.8%, respectively.

"Each of the rest of candidates is gaining less than 3%," the center said.

In addition, according to the survey, 13% of respondents in the west and up to 22% in the south of the country intend to vote for Zelensky, while the level of support for Tymoshenko varies from 8% in the east to 15% in the center.

Residents of the west (17%) and the center (16%) are more willing to give their votes for Poroshenko compared to the south (6%) and the east (8%), while Boyko, on the contrary, may count on the support of residents of the east (13%) and the south (10%), while in the central and western regions, only 3% and 1% of the respondents are ready to vote for the latter.

If Tymoshenko and Poroshenko make up a second-round pair, both have equal chances to win (22.4% and 20.0%, respectively), according to experts.

The poll was conducted on February 7-14 through personal formalized (face-to-face) interviews. The study involved 2,016 respondents aged 18 and older in all regions of Ukraine (except for the temporarily occupied territories in Luhansk and Donetsk regions, and the Autonomous Republic of Crimea). The margin of error does not exceed 2.3%.

If you see a spelling error on our site, select it and press Ctrl+Enter
Tags:electionspoll