Poroshenko: Kremlin being prepared for military strike on Ukraine

The Ukrainian president insists on a comprehensive, a real-time monitoring of the situation along the Russian border with Ukraine. 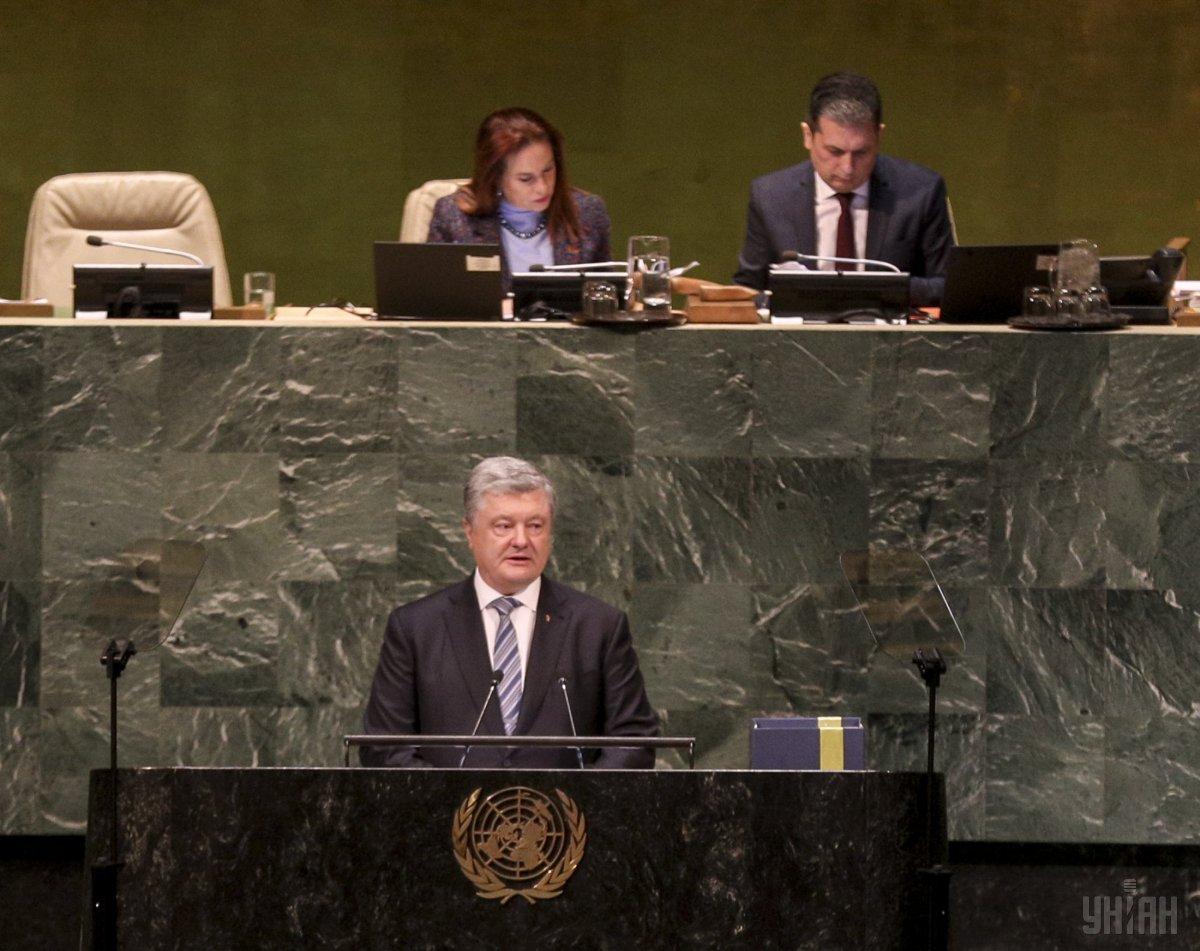 Poroshenko at UNGA / Photo from UNIAN

Ukrainian President Petro Poroshenko says that the Kremlin is being prepared for a military strike on Ukraine.

"Military experts would tell it straight that an armed grouping at the Russian border with Ukraine is an offensive strike group personnel. It has nothing to do with defense. They are meant for military strike. This is what the Kremlin is being prepared for. Thus, further escalation to a full-scale war is not an unrealistic prospect," he said at UN General Assembly debates in New York City on Wednesday, February 20.

"That is why we should ensure a comprehensive, a real-time monitoring of the situation along the Russian border with Ukraine. Knowing the aggressor as I know him, I would like to assure you that most of all he is afraid of transparency, public attention and the world knowing his plans," he said.

As UNIAN reported, as part of his working visit to the United States, Ukrainian President Petro Poroshenko on February 20 participated in the UN General Assembly, where for the first time in the history of this organization plenary debates took place on a new agenda item: "The situation in the temporarily occupied territories of Ukraine."