The UK Foreign Office has published photos of the latest Russian Pantsir-S1 air defense systems, which have been sighted in Ukraine, BBC Ukraine reported on Thursday. 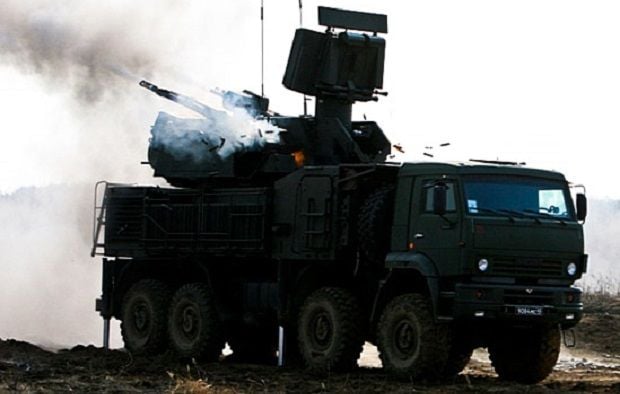 The photos were taken in the east of Ukraine and published in an info-graphic entitled "How to recognize Russia’s Pantsir-S1 (or SA-22), which is not operated by Ukrainian forces."

According to the ministry, these photos were taken in the last few weeks - on January 24, February 4 and February 5 in Shakhtarsk and Donetsk. They are more evidence of the direct participation of Russian troops in the Ukrainian conflict, in violation of the Minsk agreements, UK officials say.

"We call on Russia to fully implement the Minsk agreements," British Permanent Representative to NATO Adam Thomson wrote on Twitter.

The UK Foreign Office has already published photos of modern Russian tanks and explained how to distinguish them from those operated by Ukraine.

As reported earlier, according to the latest version of the Minsk agreements signed on February 12, the parties agreed on a ceasefire and withdrawal of all heavy weapons in order to create a security zone.

On Wednesday, February 18, NATO Secretary General Jens Stoltenberg also urged Moscow to withdraw its troops from Ukraine and to stop supporting the militants in the east of the country.

Independent experts also confirm that Russia is providing the militants with military equipment.

However, Moscow denies being involved in the conflict and supporting the militants. 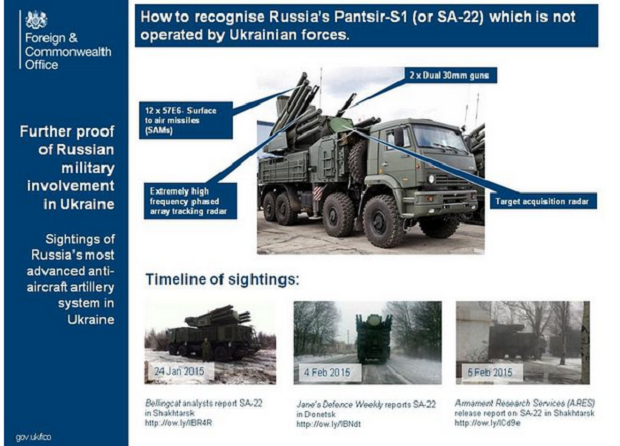 Screenshot from BBC television
If you see a spelling error on our site, select it and press Ctrl+Enter
Latest news