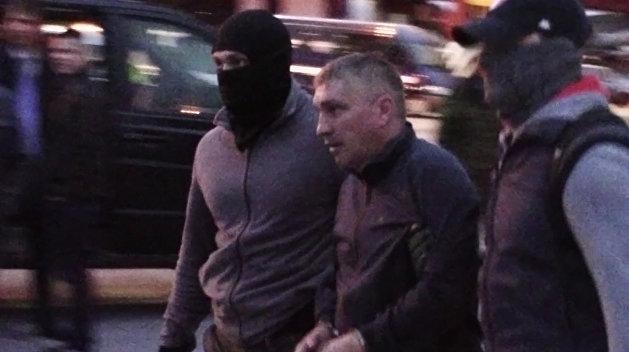 An officer of Russia's Black Sea fleet and his partner have been imprisoned on charges of spying for Ukraine, Russia's Federal Security Service (FSB) said on February 28.

Russia's North Caucasus Regional Military Court sentenced Major Dmitry Dolgopolov to 10 years in prison and Anna Sukhonosova to 9 years after convicting the couple of selling classified materials to Ukraine's intelligence, according to RFE/RL.

Both the FSB and the Russian military court described Sukhonosova as Dolgopolov's "common-law wife."

The Security Service arrested the two in the occupied Crimea back in September 2017.

If you see a spelling error on our site, select it and press Ctrl+Enter
Tags:RussiaCrimeaespionagetrialsentenceBlackSeafleet