He was going to attend court hearings on the case of Ukrainian political prisoner Pavlo Hryb in Russia's Rostov-on-Don. 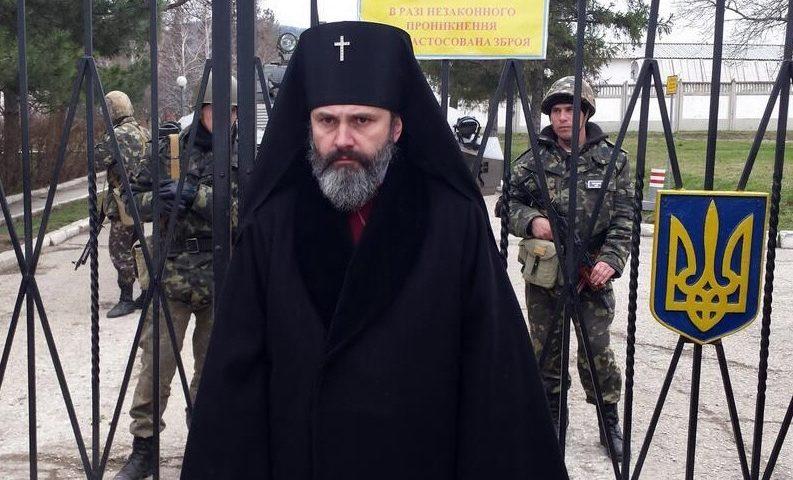 Archbishop Klyment, or Clement (Kushch) of Simferopol and Crimea / Photo from pomisna.info

De-facto authorities in Russia-occupied Crimea have detained Archbishop Klyment, or Clement (Kushch) of Simferopol and Crimea at the central bus station in Simferopol.

According to a recent update, he was on the way to a local police station, the website of the Orthodox Church of Ukraine has said.

Archbishop Klyment, who is the head of the Orthodox mission to help victims of human rights violations and persons deprived of their freedom, was already in a bus when he was detained. He was going to attend court hearings on the case of Ukrainian political prisoner Pavlo Hryb in Russia's Rostov-on-Don.

Public figure, general director of the National newspaper and magazine publishing house Andriy Shchekun wrote on Facebook that Archbishop Klyment had been taken to the central police department at 20 Futbolytsiv Street in Simferopol.

"As of 13:20 Kyiv time, the archbishop was waiting for the investigator and lawyers in the central police department in Simferopol... One of the causes behind the detention has appeared (false and manipulative)," Shchekun added.

As was earlier reported, Russia-occupied Crimea's de facto authorities want to close the major cathedral of the newly created Ukrainian Orthodox Church – the Cathedral of Saints Volodymyr and Olha in the center of Simferopol. "Archbishop Clement with the parish of the Cathedral of Saints Volodymyr and Olha in Simferopol need general prayer support – the occupying authorities have ordered them to leave the premises," Archbishop of Chernihiv and Nizhyn of the Orthodox Church of Ukraine Yevstratiy (Zorya) reported this on Facebook early in February 2019. "The only Ukrainian Orthodox Church in that city is facing liquidation. Obviously, this is Moscow's revenge, including for the Archbishop's human rights activities."

If you see a spelling error on our site, select it and press Ctrl+Enter
Tags:RussianAggressionoccupiedCrimeahumanrightschurchRussianOccupationOrthodox