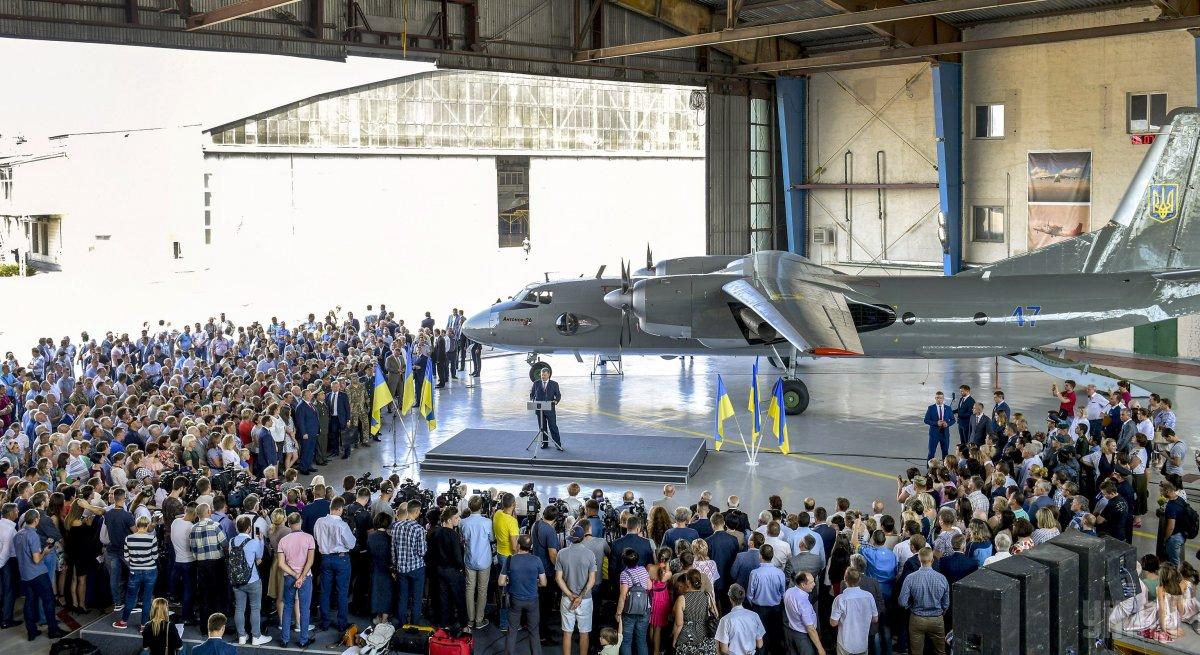 Investigative journalists have established that net profit in a scheme to buy An-26 altimeters originating from Russia was at least US$300,000, which was paid from Ukraine's national budget.

Involved in the scheme were the then First Deputy Secretary of the National Security and Defense Council (NSDC) of Ukraine Oleh Hladkovsky, his son Ihor Hladkovsky, Pavlo Bukin, who is now Director General of state-run Ukroboronprom Concern, and former employees of Ukroboronprom Vitaliy Zhukov and Stanislav Khosh, who were business partners of Hladkovsky Jr., journalists from the Bihus.Info investigative project claimed.

In 2016-2017, as Ukroboronprom's Kyiv-based Plant 410 Civil Aviation was fulfilling a contract to repair the Kazakh National Guard's An-26 military transport planes, six altimeters (two sets of three different models) were bought in Russia and delivered to Ukraine through an intermediary in the United Arab Emirates already as spare parts for civilian helicopters.

The equipment was ordered by Ukroboronprom's Ukrspecexport firm, which was headed by Bukin at that time, and was delivered through Ihor Hladkovsky and his business partner Vitaliy Zhukov six months later after the contract was signed in August 2016.

"To hide the fact that it was military equipment, the local consignor company (Double Power FZE) mentioned it as 'spare parts for civilian helicopters' in export documents. Double Power FZE itself bought them from another UAE-based company, which, in turn, bought them directly from a Russian intermediary firm. According to the international customs database Import Genius, the real purpose of the freight was not disclosed during its entire way – from Moscow to Kyiv where it underwent customs clearance," the journalists said.

"The State Concern in Ukraine bought the altimeters from the AN Service firm for UAH 14.38 million, while AN Service declared the customs price at UAH 11.85 million. The customs price set at nearly UAH 12 million was shown to ensure that the contract price set at UAH 14 million would not cause problems. In fact, what arrived in Kyiv cost five times higher than what departed from the UAE. According to the customs declaration and certificate of Double Power FZE from the UAE, the price of the freight was $90,000, which is less than UAH 2.5 million at that time," they said.

As the journalists learned from the international customs database Import Genius, the freight dispatched from Moscow cost even less than $90,000. "This means that in reality, the altimeters were seven times cheaper than the state concern kindly paid for them to Hladkovsky Jr. with his cronies," the investigative journalists concluded.

When calculating the scam organizers' income, the journalists found out that $160,000 of the excessively paid $460,000 was spent on cash-out transactions, transit firms, customs clearance at an inflated price. Thus, their net profit amounted to $300,000.

According to the journalists, the kickback of Oleh Hladkovsky, who was once a business partner of incumbent President Petro Poroshenko and was said to be appointed to "supervise" the defense sector, was at least $30,000, while Bukin was allegedly paid $10,000. "The sum worth $10,000 seems to be a pittance if compared to the total profit worth $300,000 and other participants' shares," the journalists said.

"It's only [kickbacks] from advance payment for the altimeters. Unfortunately, it is unknown how they shared the rest of the profit," the journalists said. "The story about the aviation equipment is just a drop in the ocean. Just one contract. The boys had dozens of them."

If you see a spelling error on our site, select it and press Ctrl+Enter
Tags:UkroboronpromNSDCUAEKazakhstanUkrspecexport