A 15-year-old male with an open brain injury caused by an explosion has gone into a coma and is now in grave condition.

People younger than 30 years old were injured in the Kharkiv explosion, their injuries to hands, feet, the head and abdominal trauma were caused by fragments of the explosive device. They are now undergoing surgery aimed at removing the fragments, she said.

The hospitals have got everything necessary for the surgery, the deputy mayor assured.

Eight injured persons were rushed to hospital by ambulances, other two turned up on their own. Some victims are now in municipal hospitals Nos. 17 and 25 and the regional children hospital, while some police officers have been taken to a military hospital. The victims with serious injuries are now in the municipal emergency care hospital.

As UNIAN reported earlier, two people were killed and 10 were injured in a bomb explosion at a march in Kharkiv on Sunday, marking the first anniversary of Euromaidan events. 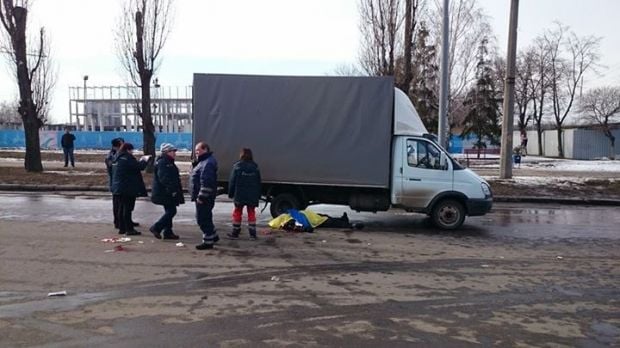 Photo from Slava Mavrichev / facebook.com
If you see a spelling error on our site, select it and press Ctrl+Enter