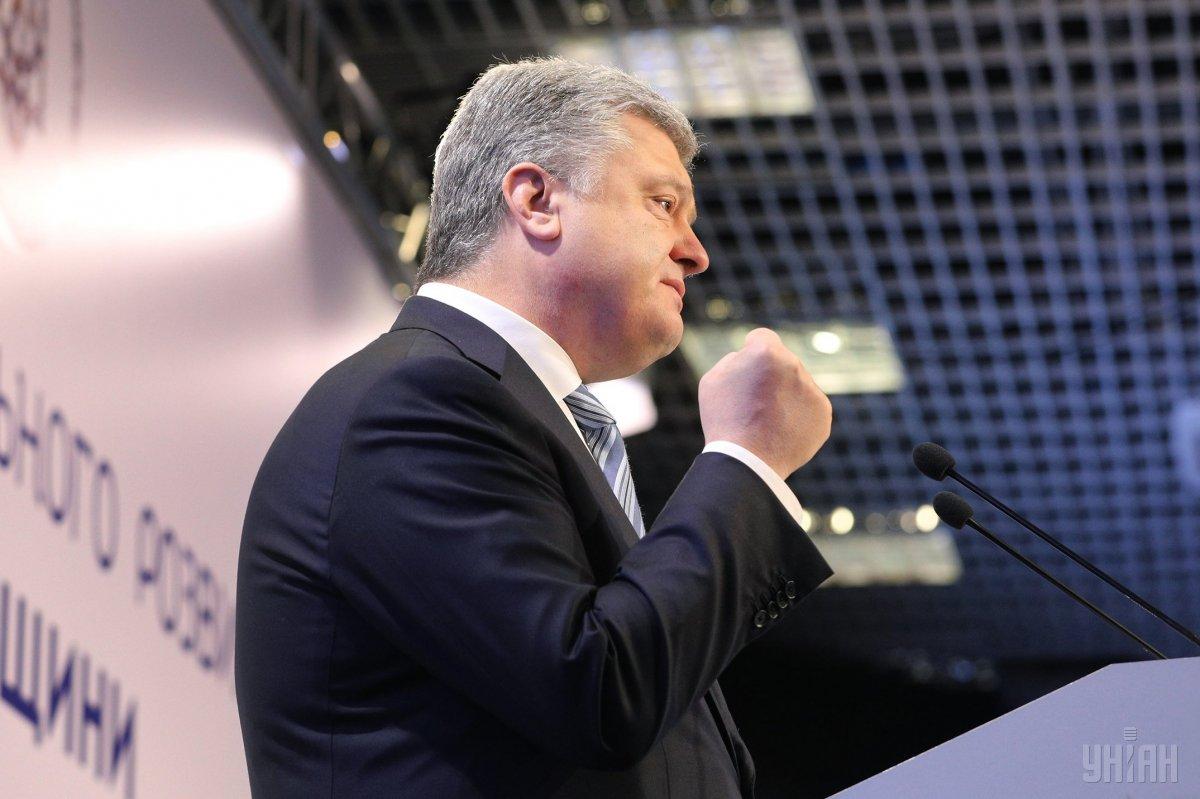 Ukrainian President Petro Poroshenko has said there is no more important task for Ukraine, the Ukrainian authorities and the president than to restore the country's territorial integrity, sovereignty and independence.

"First of all, we must be aware of who is our enemy. [It is] one of the largest military machines in the world, a totalitarian one, which has set a task to organize the illegal annexation of Crimea. And the first thing we did was to seek the world's solidarity with Ukraine, which contributes to the liberation of Crimea," he said in an interview to Ukraine TV Channel, according to the president's press service.

"The second position is that Ukraine will never resort to any bargaining or behind-the-scenes agreements. And Crimea will be returned to Ukraine. We will do our best to ensure that this is done as soon as possible, immediately after the presidential elections. Because you heard Putin's repeated statements that it would not happen before the presidential elections, because he was very hopeful that anyone except for Poroshenko would be elected, so that a new Ukrainian government would kneel down and give up Crimea. Dream on. We will liberate Crimea," Poroshenko said.

"The same will happen with Donbas. I do not rule out the possibility that we will see progress in peacekeeping immediately after the elections [the deployment of a peacekeeping mission under the auspices of the United Nations to the occupied areas of Donbas]," he said.

"I emphasize that the OSCE Special Monitoring Mission's mandate covers not only Donbas, but also Crimea. And we have a completely clear plan what we should do for this," Poroshenko said.

The president also thanked the Mejlis of the Crimean Tatar people. "I would like to address them separately – believe me, we will fight for the liberation of Crimea. We never forget about you. And we are proud of your struggle. Together we will definitely win," Poroshenko added.