Klimkin: Leaders of ‘Normandy Four’ countries not planning to meet in Astana

The issue of a meeting of the leaders of the "Normandy Four" countries in Astana to resolve the situation in Ukraine is not being discussed yet, Ukrainian Foreign Minister Pavlo Klimkin said after a meeting of the Ukrainian cabinet on Wednesday, according to an UNIAN correspondent. 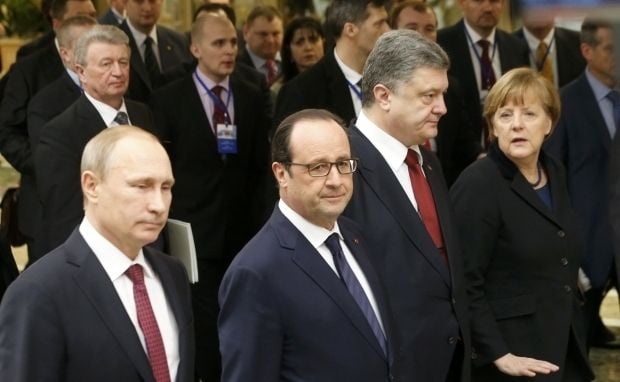 "Firstly, we need this meeting in order to achieve results,” Klimkin said.

“The result of the Minsk meeting was the package of agreements reached by the four leaders. Why should the leaders meet in Astana without a clear understanding and purpose? This question is not being discussed yet," he said.

As UNIAN reported earlier, on February 13, German Chancellor Angela Merkel said that there was a possibility that another meeting of the leaders of the "Normandy Four" countries to resolve the situation in Ukraine would be held.

The Normandy Four countries are Ukraine, Russia, France and Germany, and are called so because they first met in this format to discuss the Ukraine crisis in Normandy, France, in June last year at events to mark the D-Day landings in France by the Allies in 1944.