The Hill: Top Ukrainian justice official says U.S. ambassador gave him a do not prosecute list

The State Department called Lutsenko's claim of receiving a do not prosecute list, "an outright fabrication." 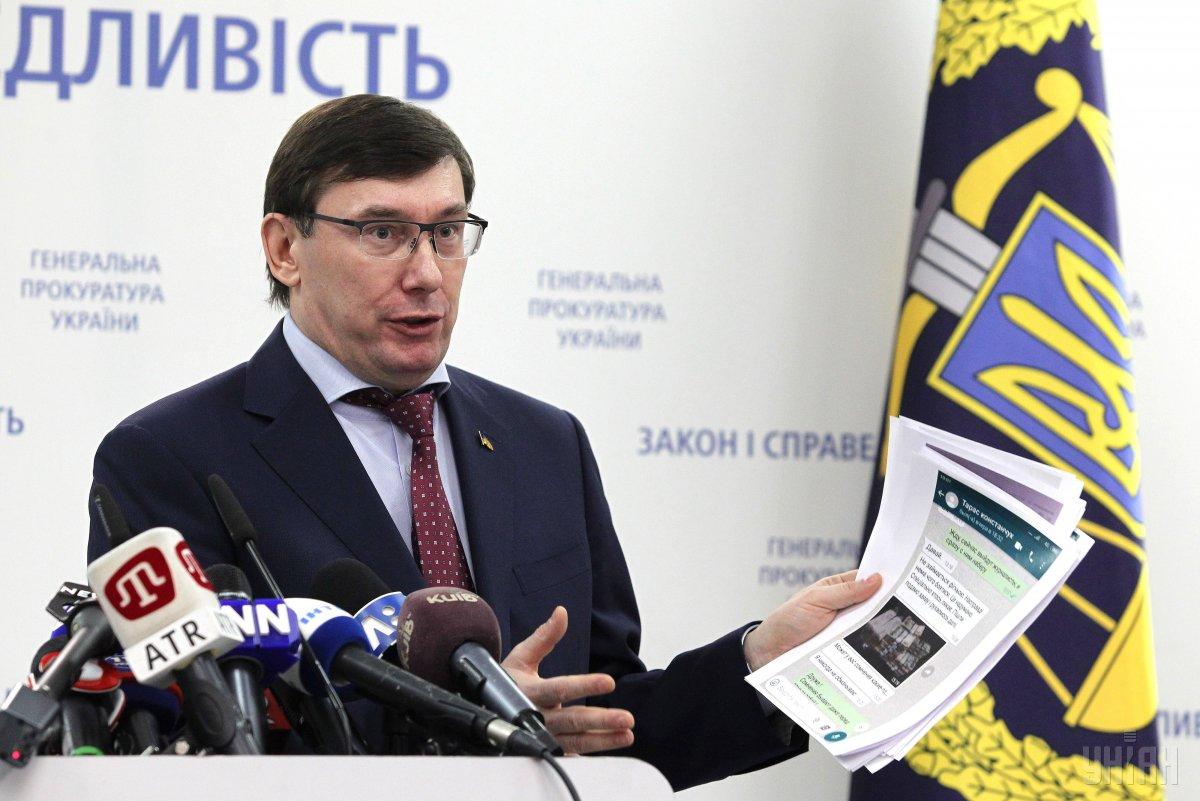 Ukrainian Prosecutor General Yuriy Lutsenko told Hill.TV's John Solomon in an interview that aired Wednesday that U.S. Ambassador to Ukraine Marie Yovanovitch gave him a do not prosecute list during their first meeting.

"Unfortunately, from the first meeting with the U.S. ambassador in Kyiv, [Yovanovitch] gave me a list of people whom we should not prosecute," Lutsenko, who took his post in 2016, told Hill.TV last week.

"My response of that is it is inadmissible. Nobody in this country, neither our president nor our parliament nor our ambassador, will stop me from prosecuting whether there is a crime," he continued.

The State Department called Lutsenko's claim of receiving a do not prosecute list, "an outright fabrication."

"We have seen reports of the allegations," a department spokesperson told Hill.TV. "The United States is not currently providing any assistance to the Prosecutor General's Office (PGO), but did previously attempt to support fundamental justice sector reform, including in the PGO, in the aftermath of the 2014 Revolution of Dignity. When the political will for genuine reform by successive Prosecutors General proved lacking, we exercised our fiduciary responsibility to the American taxpayer and redirected assistance to more productive projects."

Hill.TV has reached out to the U.S. Embassy in Ukraine for comment.

Lutsenko also said that he has not received funds amounting to nearly $4 million that the U.S. Embassy in Ukraine was supposed to allocate to his office, saying that "the situation was actually rather strange" and pointing to the fact that the funds were designated, but "never received."

"At that time we had a case for the embezzlement of the U.S. government technical assistance worth 4 million U.S. dollars, and in that regard, we had this dialogue," he said. "At that time, [Yovanovitch] thought that our interviews of Ukrainian citizens, of Ukrainian civil servants, who were frequent visitors of the U.S. Embassy put a shadow on that anti-corruption policy."

"Actually, we got the letter from the U.S. Embassy, from the ambassador, that the money that we are speaking about [was] under full control of the U.S. Embassy, and that the U.S. Embassy did not require our legal assessment of these facts," he said. "The situation was actually rather strange because the funds we are talking about were designated for the prosecutor general's office also and we told [them] we have never seen those, and the U.S. Embassy replied there was no problem."

"The portion of the funds namely 4.4 million U.S. dollars were designated and were foreseen for the recipient Prosecutor General's office. But we have never received it," he said.