The participants in the mini-summit agreed to accelerate the launch of the EU program on social and economic assistance to the Ukrainian Pryazovia. 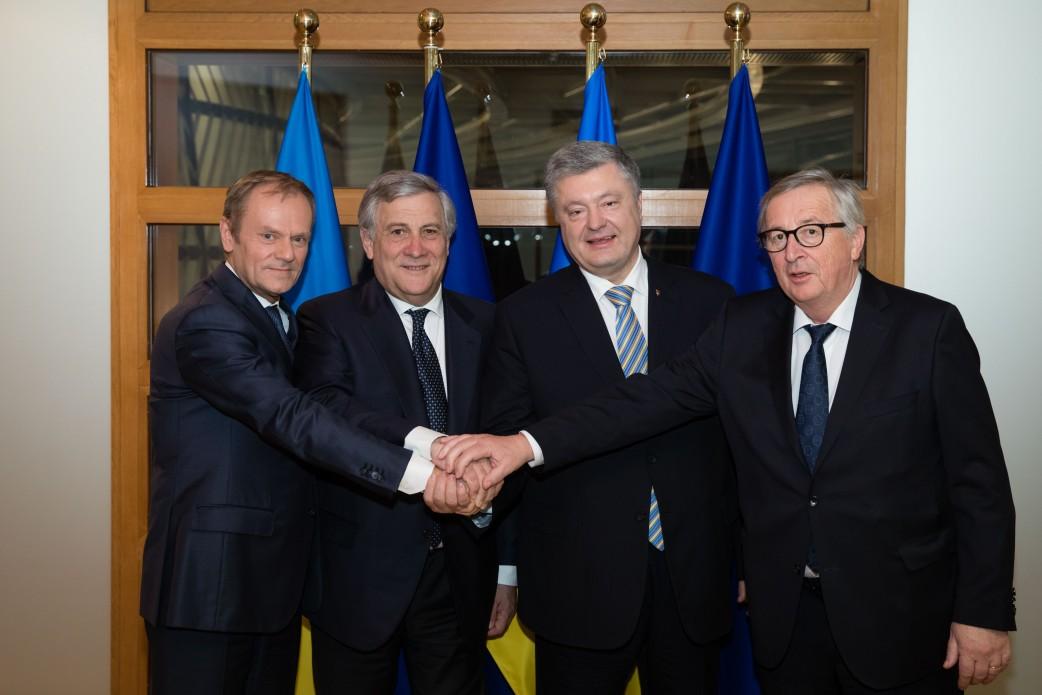 The Ukraine-EU mini-summit was held in Brussels on March 20.

The main goal of the event was to harmonize the approaches to the development of relations between Ukraine and the EU for the near future and coordinate joint counteraction to the existing challenges.

The leaders welcomed a significant progress made in deepening bilateral relations since 2014, including the conclusion and implementation of the Association Agreement, successful operation of the DCFTA and introduction of visa-free travel for Ukrainians.

Read alsoPoroshenko: Ukraine is getting stronger in energy independence

The EU leaders stressed the importance of the irreversibility of Ukraine's course towards rapprochement with the EU.

The importance of ensuring free and fair presidential elections in Ukraine was highlighted as a result of which the course of integration into the European Union and implementation of comprehensive reforms will be maintained.

In this context, Poroshenko outlined key priorities for the development of the Ukrainian state and its relations with the European Union based on the process of achieving criteria for the EU membership.

The leaders agreed to coordinate efforts to counter external interference in electoral processes both in Ukraine and in the European Union, in particular in the area of cyber security and resistance to misinformation.

In the context of the 5th anniversary of the illegal annexation of Crimea by Russia, the Ukrainian president reaffirmed unconditional commitment to the policy of ending the occupation of the peninsula and its return under Ukrainian sovereignty politically and diplomatically. He thanked the EU for its clear position regarding the non-recognition of the illegal annexation of Crimea and the maintenance of the regime of sanctions against Russia for its brutal violation of international law.

Poroshenko called on the European Union to extend the sanctions pressure on Russia to release all Ukrainian sailors and other hostages, as well as to completely liberate the territories of Ukraine from Russian occupation.

He welcomed the decision of the EU to introduce a new "Azov package" of the EU sanctions for violating the freedom of navigation and creeping occupation by Russia of the Sea of Azov and the Kerch Strait. He also urged to increase pressure on the Russian Federation to immediately release Ukrainian prisoners of war.

The participants in the mini-summit agreed to accelerate the launch of the EU program on social and economic assistance to the Ukrainian Pryazovia.

Poroshenko paid special attention to discussing the ways to strengthen Ukraine's energy security in cooperation with the European Union, particularly by ensuring gas transit and launching the EU-Ukraine energy bridge. He called on the EU leaders to stop the construction of the Nord Stream 2 gas pipeline, which poses a threat to the energy security of the entire European continent.

If you see a spelling error on our site, select it and press Ctrl+Enter
Tags:EuropeBrusselssummitUkraineEUSummitPresident Poroshenko