The lawyer who on February 26 attended Ukrainian pilot Savchenko imprisoned in Moscow notes her 'variable condition.' According to him, Savchenko was suffering from severe stomach pains. 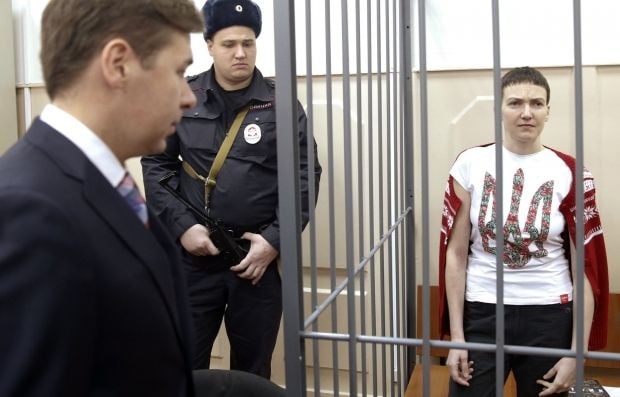 Ukrainian pilot, MP and member of the Ukrainian delegation to PACE Nadia Savchenko's lawyer Ilya Novikov on Friday, February 27, told Russia's TV RAIN about the prisoner's current physical condition and her plans to go on a 'dry' hunger strike.

"Nadia is really considering going on a 'dry' hunger strike if she comes to the conclusion that the doctors don't hear her requests. The only thing what we see is that all our proposals and steps get the arrogant feedback from the Investigative Committee saying that they know better and they will sort things out. Of course, we will try and push them," Novikov said.

The lawyer who attended Savchenko on February 26 noted her 'variable condition.' According to him, Savchenko was suffering from severe stomach pains.

She seemed to be having difficulty even in a sitting positioning at a court hearing on February 25.

"German doctors say she has already got problems with the gall bladder, and kidney problems may appear soon," Novikov said.

Earlier the German doctors examined the imprisoned Savchenko and concluded that she shouldn't be optimistic about the condition of her health.

As UNIAN reported earlier, on February 25 Moscow City Court upheld the extension of Savchenko’s arrest until May 13. Savchenko went on hunger strike on December 15 in protest at being denied medicines she required.