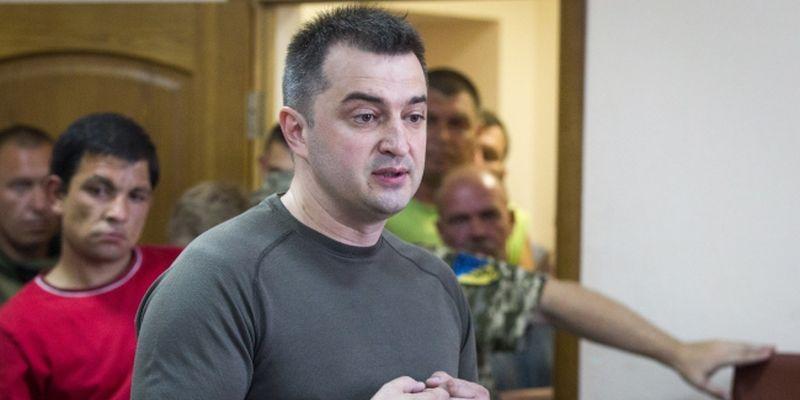 "Bankova [Presidential Administration] is now putting pressure on the prosecutor's office to slow this down now. As long as there is such a confusion, it is paused... I do not fully know what has happened. The information about suspicion notices has been lifted from the Unified Register of Pre-Trial Investigations. It can be removed only in two ways – either as mistakenly registered or suspicions are canceled. I don't know on what grounds the decision was made, it's necessary to ask," he said in an interview to UNIAN.

"The fact is that yesterday, March 28, we summoned these persons to us with official summonses. In any case, they will be obliged to come on Monday, Tuesday, Wednesday. Anyway, they will be served with these documents. They can say they did not receive them by mail – no problem, we will hand them over at the Prosecutor General's Office," he said.

Kulyk said he had taken sick leave now, but he would be back at work on Monday to conduct legal proceedings. "I took a pause until Monday, I will restore my health a bit and on Monday they should already come. We will hand over these suspicion notices against signed receipt, we will show the evidence base since they have the right to know what the charges are based on. We need to work with this," the prosecutor added.

As UNIAN reported earlier, papers with charges over laundering billions of hryvnias of former President Viktor Yanukovych's "family" have been served by the Prosecutor General's Office of Ukraine to Ukrainian oligarch Serhiy Kurchenko's accomplices: former head of the Presidential Administration Boris Lozhkin, former Governor of the National Bank of Ukraine Valeriya Gontareva, co-owner of the ICU investment company Kostiantyn Stetsenko, Deputy Head of Presidential Administration Oleksiy Filatov, and others.

Via a comment on Facebook on Thursday, Prosecutor General Yuriy Lutsenko provided details on charges brought against senior officials in the case opened against fugitive Ukrainian businessman Serhiy Kurchenko, an ally of ex-president of Ukraine Viktor Yanukovych.

The identical statement posted on Facebook by both press officers says the Prosecutor General’s Office informs that "the so-called notification of suspicion of V.Gontareva, B.Lozhkin, K.Stetsenko, and O.Filatov was carried out with violation of procedural legislation, which requires sufficient evidence, an order of the prosecutors' group leader, and personal delivery."

As noted in the statement," none of these requirements were met by prosecutor Kulyk.

Therefore, said persons are not considered suspects in the understanding of Art. 42 of the Criminal Procedural Code of Ukraine, according to the PGO statement.

The legal assessment of the actions of prosecutor Kulyk will be provided by the State Bureau of Investigation, the spokespersons said.

The official statement of the PGO concludes that "election fever clearly spoils people."

If you see a spelling error on our site, select it and press Ctrl+Enter
Tags:PoroshenkoUkraineinvestigationPGOKurchenkopressureKulykchargesadministrationpresidential