Zelensky on findings of first exit polls: "No matter who we face in run-off"

Zelensky says he is set to win the second round. 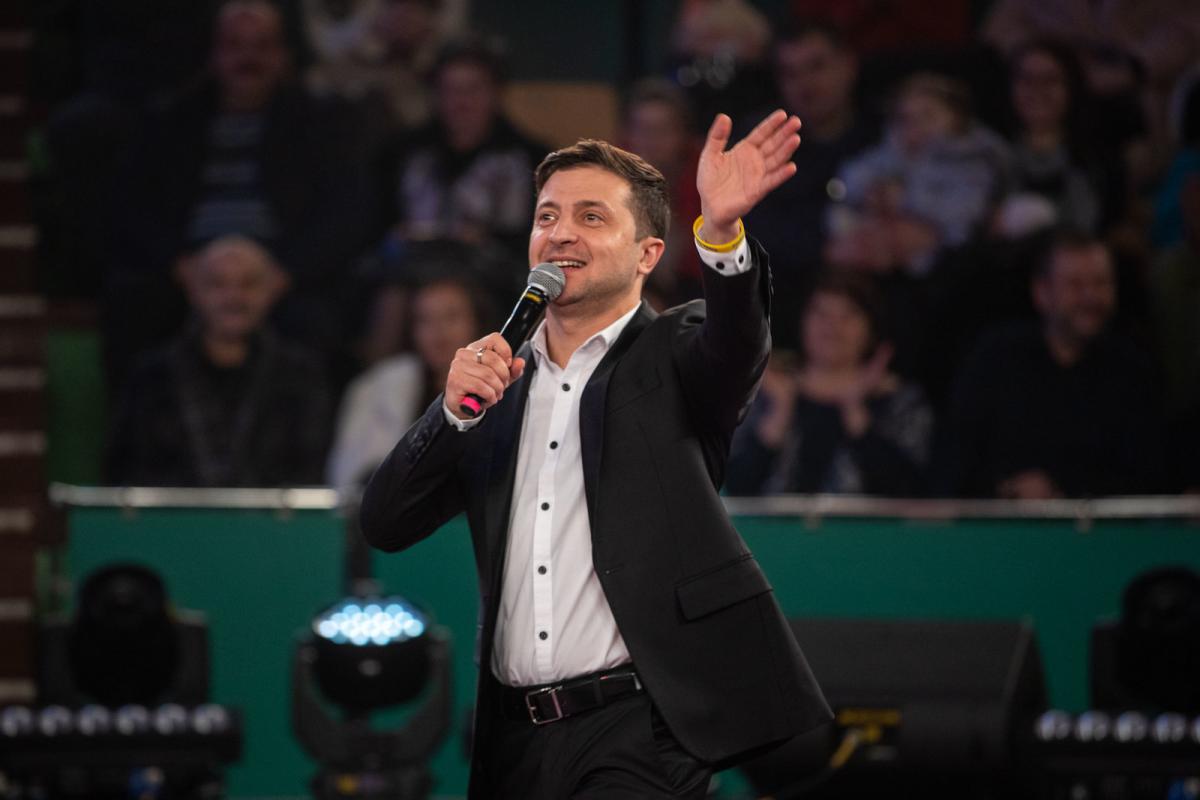 He announced this at his headquarters after a live broadcast announcing findings of an exit poll conducted on the order of the TSN program on TV Channel 1+1, according to an UNIAN correspondent.

"It's no matter who we face in a run-off ... I have already been told that there are certain rumors: we are allegedly in talks with someone, looking for allies. We are not in talks with anyone. We are young people, we do not want, frankly speaking, to see all that past in our future, in the future of our country," Zelensky said.

Asked about his strategy for the second round of the presidential elections, he said: "Only victory."

He thanked the voters who voted "not for fun," expressing gratitude to his wife, the team and journalists.

"There are many exit polls, but the winner is one," Zelensky added.

According to National Exit Poll 2019 findings, 30.4% of those who visited the polls as of 18:00 Kyiv time on March 31 voted for presidential candidate Volodymyr Zelensky, 17.8% supported incumbent President Petro Poroshenko and 14.2% voted for Batkivshchyna Party leader Yulia Tymoshenko.