The bill needs to be ratified by parliament, then it will have got status of an official request. 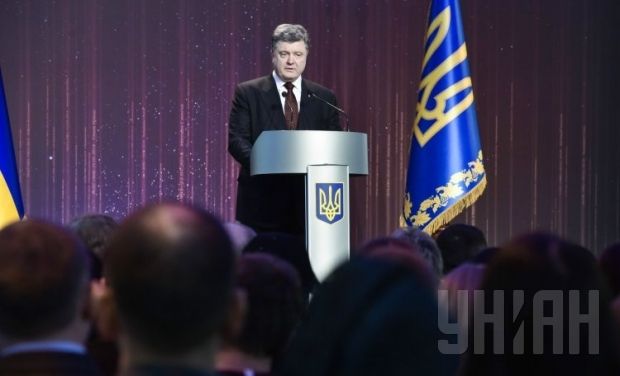 On March 3, Ukrainian President Petro Poroshenko plans to table in parliament a bill on the deployment of peacekeeping forces in Ukraine.

He announced this at a briefing in Vinnytsia on Saturday.

Answering a question from an UNIAN correspondent whether it is possible to speed up the deployment of international peacekeepers in Ukraine, the president said: "We are doing our best to accelerate the process. To do this, Ukraine needs to file its request for peacekeeping forces. I, as President and Commander-in-Chief, have raised this issue before the National Security and Defense Council (NSDC). The NSDC unanimously supported my proposal. I hope the draft bill which I'll table in parliament will get to lawmakers on Tuesday next week."

According to the president, the bill "needs to be ratified by parliament, then it will have got status of an official request, which will be sent to the UN Secretary General and the UN Security Council."

Ukraine is efficiently coordinating its action with its partners now, Poroshenko said. "In keeping with my instructions, Minister of Foreign Affairs of Ukraine Pavlo Klimkin came back from New York, where he was coordinating these steps, and we will do our best to protect peace and order in Ukraine. We will strictly abide by the Minsk agreements to safeguard our citizens and peace in Ukraine, and this is the purpose of deploying the peacekeeping forces," he added.