They made a port call after taking part in a patrol mission in the Black Sea area along with other warships. 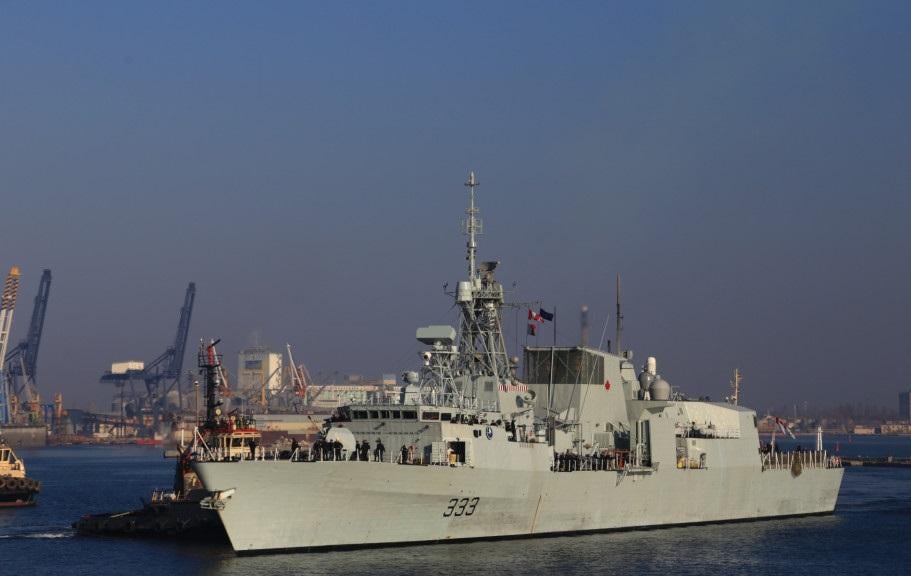 The Royal Canadian Navy's Toronto and the Spanish Navy's Santa Maria frigates moored at one of the berths of the passenger complex of the Odesa sea port, an UNIAN correspondent reports.

They made a port call after patrolling the Black Sea area along with other warships. 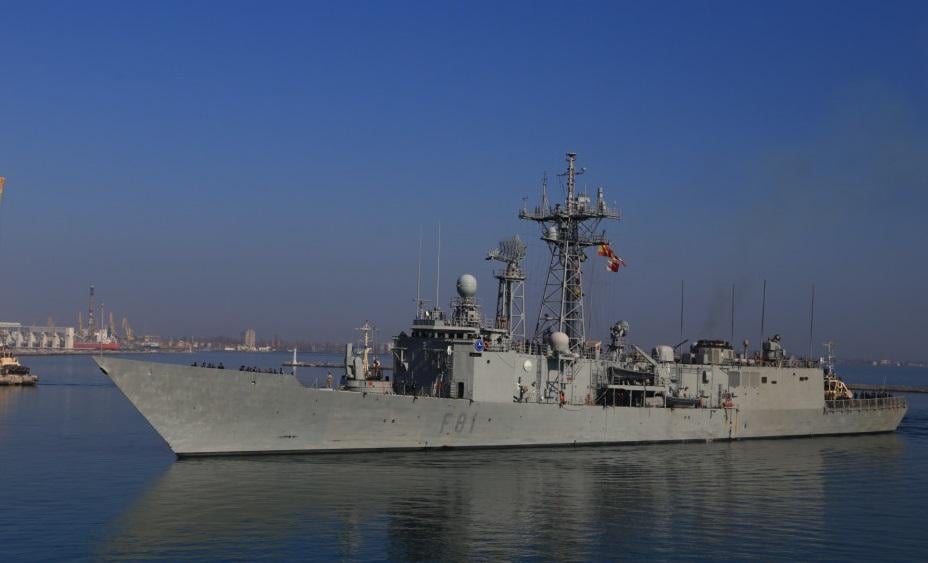 Excursions on board the ships are offered to Ukrainians as part of the friendly visit. In particular, the entrance on the Toronto frigate will be open from 13:00 to 17:00, as well as on the Santa Maria frigate –from 16:00 to 19:00.

During their stay in Odesa, the captains of the frigates will meet with the military of the Armed Forces of Ukraine and local authorities, will take part in the PASSEX exercises together with the Ukrainian Navy warships in the Black Sea to improve compatibility with the ships of the Alliance and partner countries. 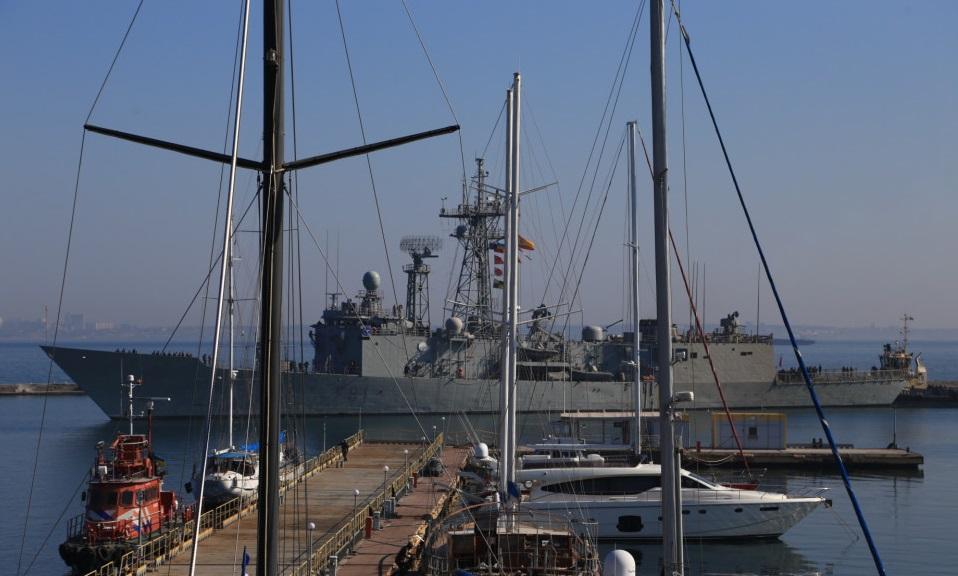 The frigates will stay in the port of Odesa until the evening of April 3.

The length of the ship is 139 m, beam is 14.3 m, draft is 8.6 m, and displacement – about 4,000 tonnes. She is equipped with artillery, torpedoes and anti-aircraft weapons, provided with Harpoon anti-ship missiles, and a SH-60 Seahawk helicopter.

HMCS Toronto (FFH 333) is a Halifax-class frigate that has served in the Canadian Forces since 1993. Toronto is the fourth ship in her class which is the name for the Canadian Patrol Frigate Project. She is the second vessel (and frigate) to carry the designation HMCS Toronto.

As built the Halifax-class vessels deployed the CH-124 Sea King helicopter. The anti-shipping role is supported by the RGM-84 Harpoon Block 1C surface-to-surface missile. the main gun on the forecastle is a 57 mm (2.2 in)/70 calibre Mark 2 gun from Bofors. The gun is capable of firing 2.4-kilogram (5.3 lb) shells at a rate of 220 rounds per minute at a range of more than 17 kilometres (11 mi).

If you see a spelling error on our site, select it and press Ctrl+Enter
Tags:NATOOdesavisitSpainCanadaNavyBlackSeaexercises