Warsaw has no favorites in Ukraine's presidential election – Polish official

Poland will closely monitor the election campaign ahead of the second round, Szczerski said. 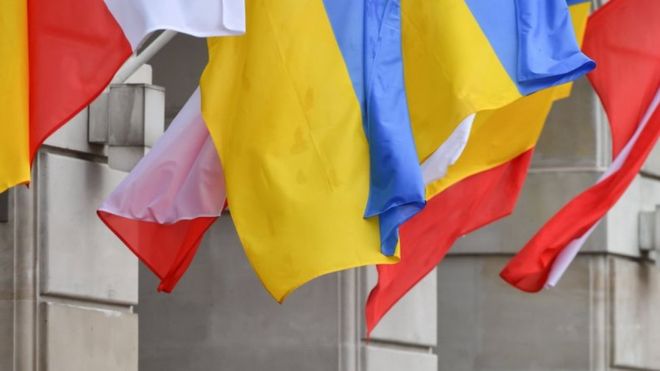 Warsaw says Poland has no favorites in Ukraine's presidential elections and that it will support any democratic choice of the Ukrainian people.

"We, Polish politicians, especially here in the presidential palace, have no favorite [in the Ukrainian presidential elections] because we don't interfere in other countries' political decisions. We are pleased that the first round of elections in Ukraine testifies to the development of democratic institutions there," Head of the Polish President's Office Krzysztof Szczerski said, Ukrainian media outlet European Pravda reported on April 2 citing the Polish presidential office press service.

Poland will closely monitor the election campaign ahead of the second round, according to the official.

Szczerski considers it important that Ukraine continue to follow the path of reforms and changes that will allow the country getting close to the institutions of the Western world. He is convinced that, if the elections are held in line with democratic standards, no matter what the results are, this will testify to the preservation of the country's western course, which is extremely important for Warsaw.

The official added that, based on the results of the first round, it is difficult to predict the outcome of the runoff.

"Elections should show that Ukraine is a country with a stabilized democratic procedure since this will be another argument in favor of bringing Ukraine closer to the West," Szczerski added.