The Consul of Ukraine in Moscow says he has not been allowed to meet Honcharenko. 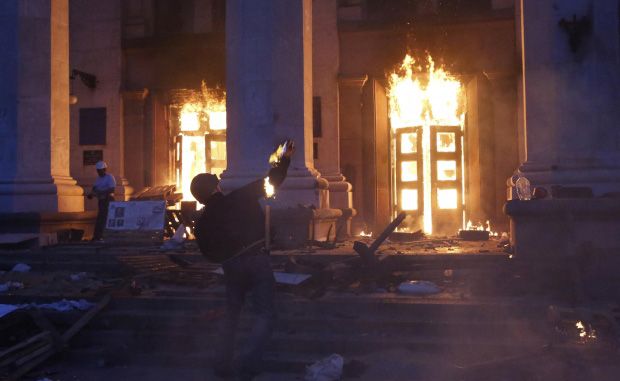 Ukrainian MP Oleksiy Honcharenko, who was detained in Moscow during a memorial march on Sunday, honoring recently killed Russian opposition politician Boris Nemtsov, is now being interrogated by Russian investigators on charges of an attempted murder of a Russian citizen during riots in Odesa, Ukraine, on May 2, 2014.

This was announced by the Investigative Committee of the Russian Federation, hromadske.tv reported.

"The investigator from the Main Investigation Department of Russia's Investigative Committee who is investigating a criminal case under Part 3 of Article 30, Part 1 of Article 105, Clause "Z" of Part 2 of Article 117 of Russia's Criminal Code on charges of an attempted murder and tortures of a citizen of the Russian Federation during tragic events in Odesa on May 2, 2014, has arrived at a police station where Honcharenko is being interrogated regarding the circumstances of the criminal case, " the Committee said in a statement.

In turn, Consul of Ukraine in Moscow Hennadiy Breskalenko told hromadske.tv that a meeting with Honcharenko had been denied to him. He also said that there was no information whether Honcharenko was being interrogated as a witness or an accused person.

Lawyers Mark Feygin and Nikolay Polozov, who have come to the Moscow-based Kitay-Gorod police station where Honcharenko is presently being held, have not been allowed to meet their client.