The chief banker's dismissal was on the agenda of the parliamentary coalition's council on Sunday. 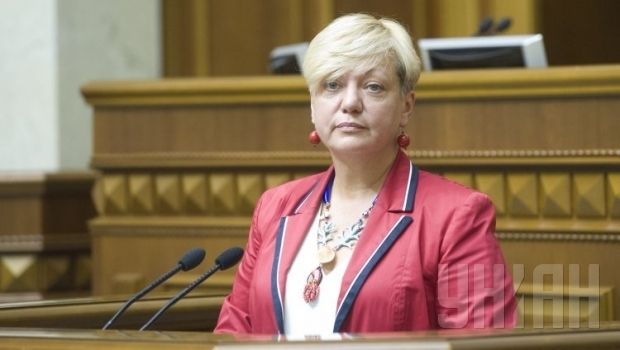 A plenary parliament meeting, which is scheduled to consider reform-oriented bills needed for Ukraine to secure a loan from the International Monetary Fund (IMF), will start at 1600 on Monday. Prior to that, there will be a meeting of the faction of the Bloc of Petro Poroshenko, which will address the dismissal of Governor of the National Bank of Ukraine (NBU) Valeriya Gontareva, news portal lb.ua reported.

According to lb.ua's sources, Gontareva's dismissal was on the agenda of a meeting of the parliamentary coalition's council on Sunday, where Andriy Sadovy's Samopomich Party, Oleh Liashko's Radical Party and Arseniy Yatseniuk's People's Front insisted on sacking the chief banker before the adoption of the IMF-related bills. Yulia Tymoshenko's Batkivschyna Party is also inclined to support the dismissal, while the Bloc of Petro Poroshenko is not ready to give all the votes in favor of the decision.

At a Wednesday meeting at the presidential administration, which was attended by Prime Minister Arseniy Yatseniuk and other high-ranking officials, Poroshenko spoke in support of Gontareva.

On Monday morning it will be decided whether the MPs from the presidential faction will vote for firing Gontareva.

Government-prepared bills on amendments to the national budget and the Tax Code are expected to be passed by parliament soon. The documents were agreed with the IMF. A decision on the allocation of the IMF's loan to Ukraine, which is to be taken by the IMF Executive Board on March, 11 depends on the adoption of these bills.