Ukrainian President Petro Poroshenko has signed a decree to enact the decision of the National Security and Defense Council of February 18 "On an appeal to the United Nations and the European Union on the deployment of an international peacekeeping and security mission on the territory of Ukraine," the official Web site of the President reported on Monday. 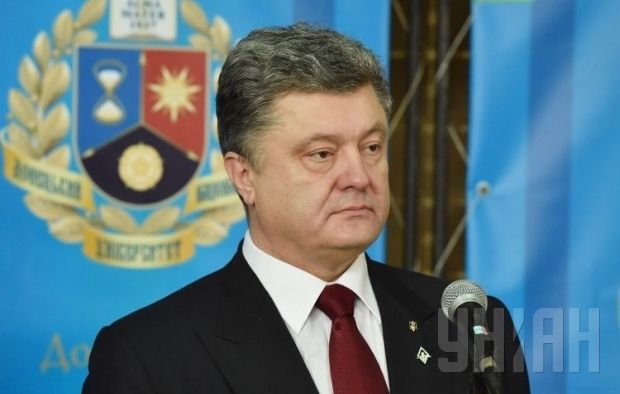 According to the report, the National Security and Defense Council decided that the interests of national security of Ukraine and immediate resolution of the crisis situation in some areas of the Donetsk and Luhansk regions, as well as the effective implementation of the Minsk agreements required an appeal to the UN Security Council and the Council of the European Union for the deployment of an international peacekeeping and security mission on the territory of Ukraine.

In addition, the National Security and Defense Council suggested that the president appeal to these international organizations to send a peacekeeping mission to Ukraine, and to appeal to the Verkhovna Rada to approve such request.

According to the decree, the government has urgently requested to make proposals to prepare the legal groundwork for an international peacekeeping and security mission on the territory of Ukraine.

As UNIAN reported earlier, President Poroshenko earlier said that the best format for a peacekeeping force in the Donbas would be an EU Police Mission.