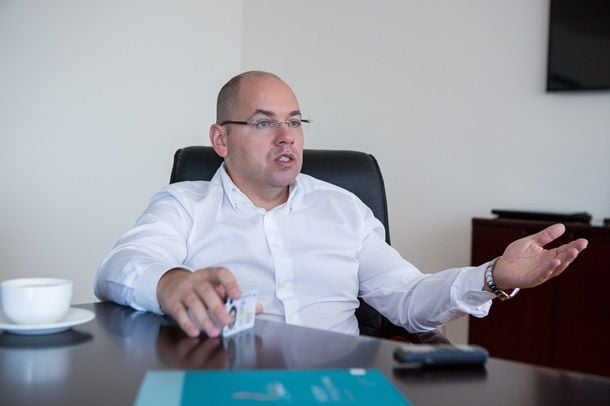 Head of Odesa Regional State Administration Maksym Stepanov who was dismissed by presidential decree has refused to leave his post.

Stepanov said the document "went beyond the powers of the president" enshrined in the Constitution. He added the president has the right to appoint and dismiss the heads of the regional state administrations on the proposal of the Cabinet of Ministers.

At the same time, Stepanov said he was offered to write a letter of resignation. "I refused because I have no desire to do this. I continue to perform my duties," he said.

Answering the journalists' questions about possible pressure on him, Stepanov said he was ready for this. "I am a very strong person and can withstand any pressure... So that not to have any talks later – I have good health, I don't take different things...," he said.

Commenting on the results of the first round of presidential elections in Odesa region, where presidential candidate Volodymyr Zelensky had gained the majority of votes, Stepanov stressed he was proud the elections in the region were fair, without any pressure, without using administrative resources or bribes.

"This is a free choice of people who voted for a person for whom they wanted to vote... Whether someone likes it or not, these are exactly the fundamental things of any European state. These are the fundamental things for our country," Stepanov said, expressing confidence the second round of elections would be free and democratic in Odesa region.

He also said he had never put pressure on his subordinates to whom he told they should vote at their own discretion.

If you see a spelling error on our site, select it and press Ctrl+Enter
Tags:PoroshenkoUkraineOdesadecreegovernordismissalrefusal