The statement says the message does not mean the team consider Volodymyr Zelensky Putin's agent of influence. 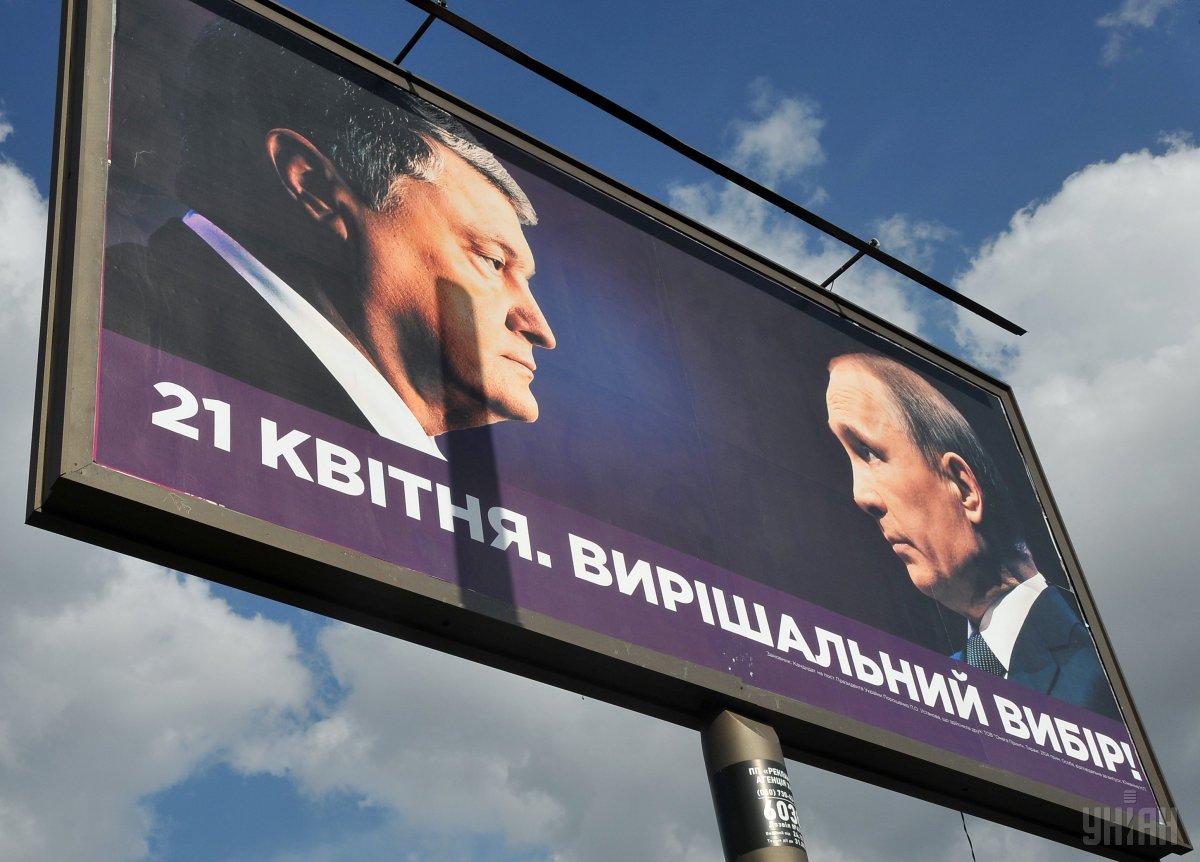 Billboards showing a face-off between incumbent President of Ukraine Petro Poroshenko and Russian President Vladimir Putin are the official advertising product paid for from the Poroshenko campaign electoral fund.

“Of course, no one asked Putin's permission, naturally. Another thing is surprising – the number of Ukrainian experts and politicians who spoke out in defense of Putin’s violated rights," reads the Team Poroshenko's statement posted on Facebook.

"Among them, unfortunately, are official representatives of candidate Zelensky. Putin is an outlaw,” the statement says.

The message conveyed by the ad is to remind the country that in the face of terrible external challenges, a “strong President and Supreme Commander” is needed, according to Team Poroshenko.

It is noted that the message didn't imply that Poroshenko's team consider Zelensky "Putin’s agent." "Absolutely not. But we firmly believe that Putin is dreaming of a weak, unprepared president, which will allow the Kremlin to take Ukraine under control,” the Headquarters said.

As UNIAN reported earlier, the billboards produced by Poroshenko Campaign HQ where the incumbent president is shown facing Russian President Vladimir Putin with a caption "Decisive Choice", caused a backlash in media and social networks, including over the use of the images of foreign nationals in campaigning. Some even suggested the billboards were part of black PR efforts aimed against Poroshenko.