Zelensky Campaign HQ has refuted some of the statements mentioned in report. 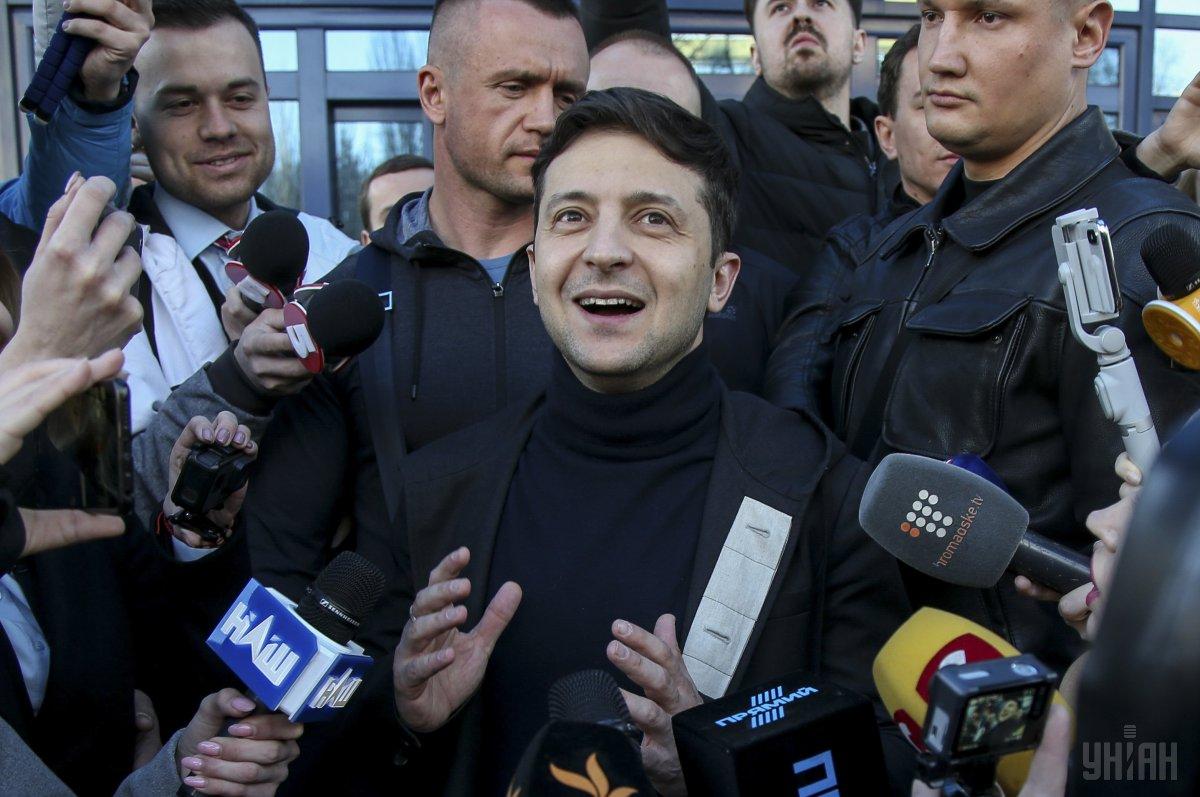 Volodymyr Zelensky’s team spoke about the first decisions and appointments expected in the event their candidate wins in the second round of the Ukraine presidential elections.

In case he wins, Zelenskiy intends to invite the United Kingdom and the United States to participate in the Normandy talks, whilst Putin's old pal Viktor Medvedchuk will lose his role of mediator in negotiations with Russia, Hromadske International reports citing Liga.net.

Also, Zelensky plans to announce before April 19 his nominees for the posts of Minister of Defense, Minister of Foreign Affairs, SBU (Security Service) chief, and the Prosecutor General, that's according to a mastermind behind Zelenskiy’s campaign, Ruslan Stefanchuk, and economic expert Danylo Hetmantsev.

Zelensky seeks to eliminate "rivalry" between the Ministry of Defense and the General Staff, and "to appoint fair judges" to the High Anti-Corruption Court, the report says.

The presidential election hopeful also plans, in case he wins, to propose to the parliament to pass the law on mediation.

In the economic sector, the candidate is reported to be set to offer a 5% tax amnesty from 2020 and introduce an exit capital tax. There are plans to set up a Financial Intelligence Service and provide for an international exchange of tax data.

Off the record, the following candidacies are being discussed for appointment: head of the Foreign Ministry: ex-finance minister Oleksandr Danyliuk, Prosecutor General: former U.S. prosecutor Marta Borshch, or former head of Romania’s National Anti-Corruption Directorate Laura Kovesi, head of the SBU: Ihor Smeshko, who came sixth in the first round of presidential elections, leaving beyond Oleh Lyashko.

Danyliuk is best known for his work in Volodymyr Groysman’s second government. He was dismissed in June 2018 after a conflict with the Prime Minister Groysman. Recently, former Economy Minister Aivaras Abromavicius referred to Danyliuk as one of Zelensky’s advisers, Hromadske International reports.

Marta Borshch is a former prosecutor of ex-prime minister Pavlo Lazarenko. In 2018 she refused the position of an auditor with the National Anti-corruption Bureau (NABU). As of February 2018, Borshch was a lawyer for the Ukrainian fugitive MP, Oleksandr Onyshchenko.

Laura Kovesi took on corruption in her native Romania where she first acted as head of the National Anti-Corruption Directorate (DNA). In that role, Kovesi had overseen a number of high-profile cases against top officials, eliciting resistance from President Claus Iohannis’s ruling party, and praise from the European Union. After Iohannis dismissed her in July 2018, she continued her work in the new role of an anti-corruption counselor to the Prosecutor General of Romania.

Ihor Smeshko led the SBU security service under former President Leonid Kuchma, and boasts vast experience as a military intelligence officer. He was fired by former President Viktor Yushchenko, with whom he and his deputy had dinner where Yushchenko was allegedly poisoned by dioxin in 2004. Smeshko previously mentioned that he admired Zelensky as an actor.

Zelenskiy is said to have plans to instruct the government to develop a package of bills on resolving the issue of national and local referenda.

Moreover, “Ze! Team” plans to set up a consultancy of international experts to audit the state within three or four months.

Zelensky also seeks to reform the Presidential Administration to make it function like a registry that generates ideas.

“The takeaway from the meeting was that there are many ideas, but they [Ze! Team] don't want to talk about them in detail or they [the ideas] havent' been finalized yet," Liga.net summed up.

Later, however, Zelensky Campaign HQ refuted some of the statements mentioned in the Liga.net report.

"The media have information about the appointments that Volodymyr Zelensky supposedly plans after winning the presidential election in Ukraine. These messages are based on guesswork and assumptions. No personnel decisions have been made in Volodymyr Zelensky’s team. Moreover, they will not be a backstage work because it was no accident when we asked Ukrainians, whom they would like to see in key positions," the statement reads.