Kulyk learnt about facts indicating that officials from the Poroshenko Administration and the Prosecutor General's Office had helped Yanukovych's criminal organization. 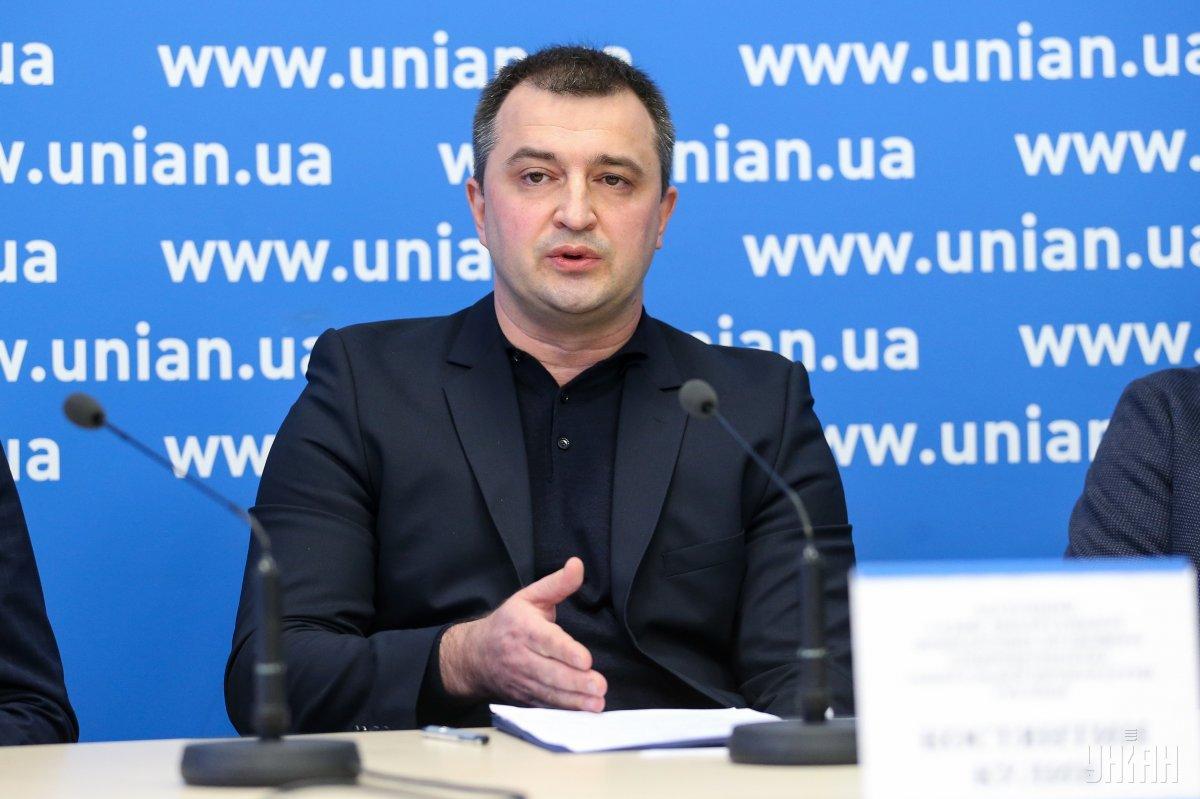 Deputy chief of the Ukrainian Prosecutor General's Office (PGO) Department of International Legal Cooperation, Head of the Criminal Procedural Management Department Kostiantyn Kulyk has accused Ukrainian President Petro Poroshenko, officials from his administration, some Members of Parliament from the Bloc of Petro Poroshenko parliamentary faction and PGO senior prosecutors of meddling in a probe into a case of fugitive oligarch Serhiy Kurchenko, in which the incumbent president's allies are involved.

Kulyk read out his April 11 report, which was submitted to Ukrainian Prosecutor General Yuriy Lutsenko, at an UNIAN press conference.

He says he learnt about the circumstances that indicate that officials from the Poroshenko Administration and PGO senior officials assisted ex-president Viktor Yanukovych's criminal organization.

"I've drawn up a report on the facts, informing the prosecutor general of Ukraine of the need to enter the information into the State Register of Pretrial Investigations to launch a probe into the revealed circumstances," Kulyk said.

"To date, 98 individuals have been served with charge papers, including officials (12 of them are senior officials of ministries and departments, as well as the National Bank of Ukraine, six heads of regional state administrations, 14 top managers of state-owned companies). Of those who had been indicted, 42 persons had their criminal proceedings sent to the courts for consideration on the merits. According to the results of court proceedings, 27 convictions were brought, four persons were released from liability due to the expiration of the statute of limitations for criminal responsibility. Court proceedings against 15 persons are under way," the report reads.

Kulyk said the total value of the frozen assets was over UAH 5 billion (US$186.01 million), while the total amount of compensated losses was over US$1.5 billion.

During the press conference, Kulyk announced that representatives of the Presidential Administration of Ukraine, MPs from the Bloc of Petro Poroshenko faction Ihor Kononenko, Oleksandr Hranovskiy, Valeriy Davydenko, Deputy Prosecutor Generals Yevhen Enin and Anzhela Stryzhevska and other PGO officials had meddled in the investigation of several episodes of this case.

The report provided to journalists also indicates that President Poroshenko has personally intervened in the investigation.

As UNIAN reported earlier, Prosecutor General Yuriy Lutsenko announced on March 28 that the PGO Department of International Legal Cooperation had completed an investigation into the Kurchenko case. According to him, Kurchenko is suspected of participating in Yanukovych's criminal organization and committing especially grave crimes against the state of Ukraine as part of that organization.

On the same day, Kulyk named Lozhkin, Gontareva, Zlochevsky, Filatov among them.

Kulyk's statement was handed over to journalists. It was made public by TV host Natalia Moseichuk on Channel 1+1 on March 28.

Later, the PGO said in a statement that suspicions against Lozhkin, Gontareva and Filatov had been lifted.

If you see a spelling error on our site, select it and press Ctrl+Enter
Tags:PoroshenkoUkraineinvestigationPGOKurchenkoKulykcaseinterference