US, France, Germany warn of ‘strong reaction’ to Russia’s violation of Minsk agreement

The leaders of the United States, France and Germany have said there will be a "strong reaction" from the West if there is a "major breach" of the Minsk agreements on bringing peace to the Donbas. 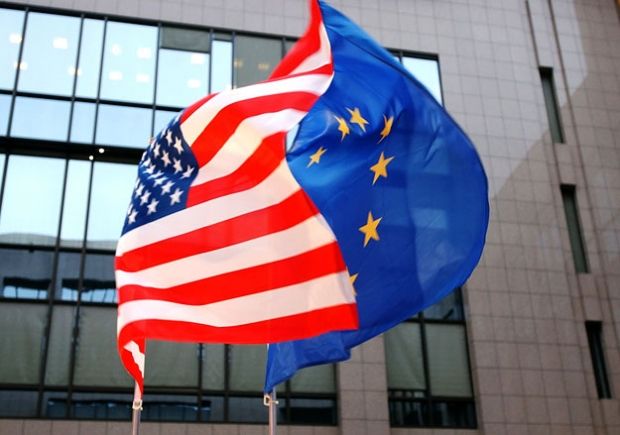 "All participants in the talks expressed full support for the package of measures adopted in Minsk on February 12. They reaffirmed their unity of views on the ways of resolving the crisis in the East of Ukraine," the leaders’ statement reads.

The Western leaders "pointed to the close connection between the sanctions and the implementation of the whole Minsk Accord."

They said that "that a strong reaction from the international community would be necessary in the case of a major breach of the process put in place in Minsk."

During the negotiations, the parties "confirmed the important role of the OSCE in the monitoring the process - especially the ceasefire observance and the withdrawal of heavy weapons."

"In this regard, the negotiators were in favor of the expansion of the relevant funds at the disposal of the OSCE," reads the statement. They also intend to "continue to support the efforts of the Ukrainian authorities for the country's economic recovery."

Earlier, it was reported that on Tuesday, March 3, there was held a videoconference between leaders of European countries, with the participation of US President, on the situation in Ukraine and issues of global security.

A ceasefire was supposed to have come under effect in Ukraine on February 15 under the latest Minsk agreements. However, the ceasefire was broken by Russian-backed militants within 40 minutes of its coming into effect. The militants then went on to attack and capture the town of Debaltseve in Donetsk region on February 18 in a major breach of the Minsk accords.

The OSCE also reported on Tuesday that the militants’ claims to have pulled back their heavy weapons cannot be verified by the organization, as the militants refuse to allow OSCE monitors access to all of the sites to which the weapons have supposedly been withdrawn, or give full information on all such sites – another major breach of the Minsk accords.