Earlier, the incumbent president called on his rival in the election runoff to come to a debate on April 14. 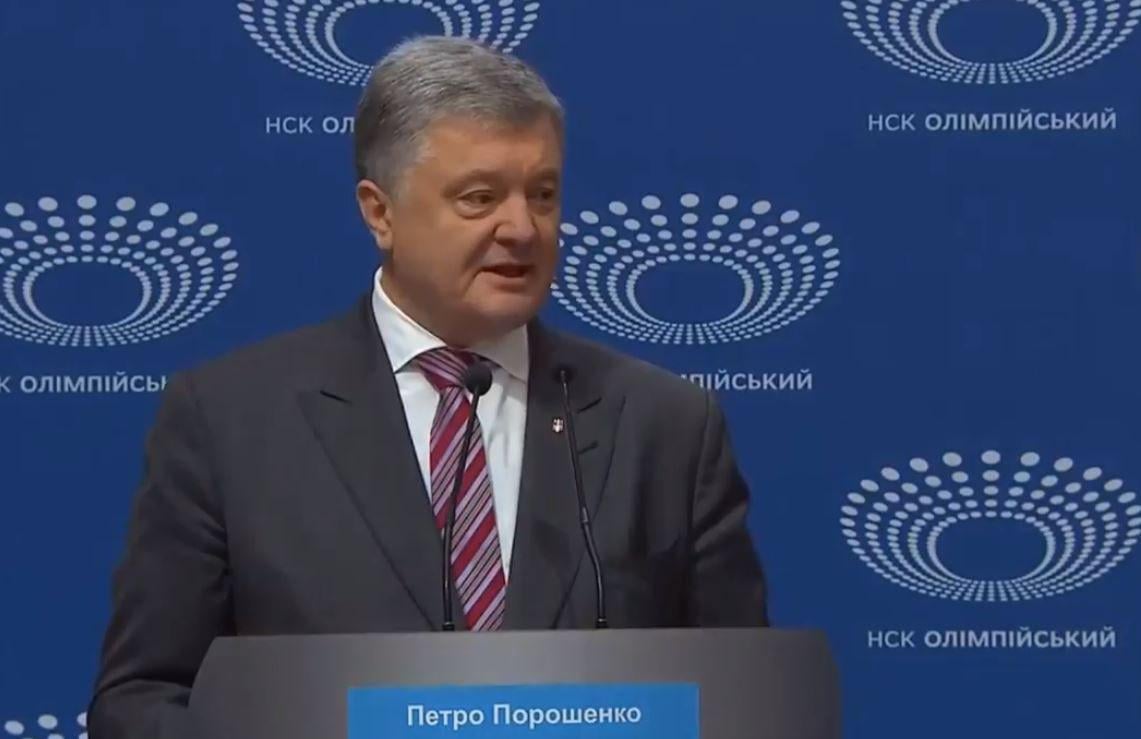 President of Ukraine Petro Poroshenko has arrived at the Olympiyskiy Stadium in Kyiv where a crowd of supporters has already gathered and large screens have been set up to broadcast the president speaking in front of journalists.

Volodymyr Zelensky has so far not arrived to take part in the event, while the president said he "really hopes" his rival to show up.

As Zelensky Team reported earlier, their candidate was ready for a debate with Poroshenko at the Olympiyskiy Stadium on April 19.

Poroshenko Team said the incumbent president would make it to the stadium if the timing of the event did not coincide with the time of the official debate scheduled to be held at the Public Broadcaster's studio on the same day, April 19.

A total of 250 journalists have been accredited to today's event called "If it's stadium, let it be stadium."