At the same time, the incumbent president says Ukraine is a democracy, and there is "no doubt about it." 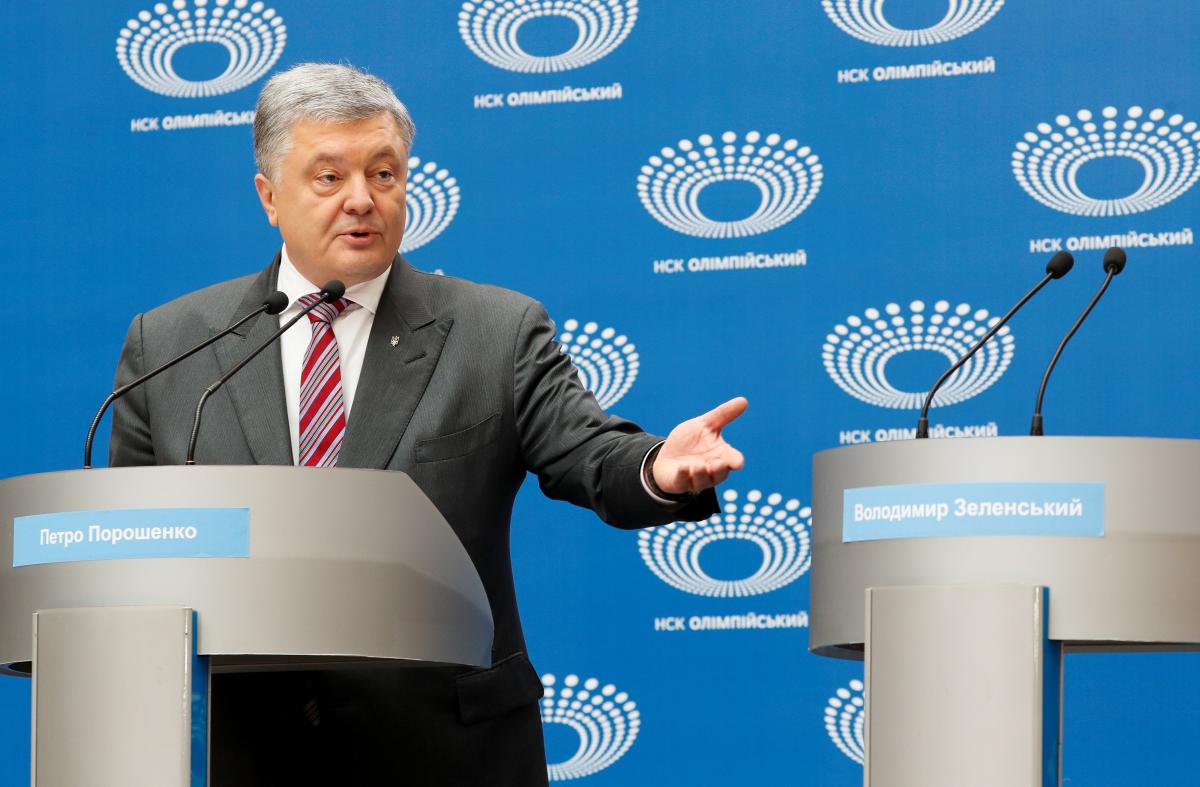 Presidential candidate and incumbent head of state Petro Poroshenko said that if, "God forbid", showman Volodymyr Zelensky, will be elected president of Ukraine, he will respect the people's choice.

"I think that parliamentarians and future members of parliament will make up their minds when they hear at least something from Mr. Zelensky," the president, speaking at the Olympiyskiy Stadium in Kyiv in front of journalists and supporters.

“To the debates where we have gathered today and where Mr. Zelensky has not yet come, he was invited to tell at least something – how he sees European integration, Euro-Atlantic integration, the first steps in reforms, continuation of the reform course of President Poroshenko… If, God forbid, he is elected, it will still be a choice of the Ukrainian people, and I will respect it," the head of state added, noting that Ukraine is a democratic state, and there is no doubt about that.

As UNIAN reported, Poroshenko arrived at the debate on the Olympiyskiy Stadium.