Germany will support new EU sanctions against Russia if the Minsk agreements are not implemented, German Chancellor Angela Merkel said on Wednesday at a press conference, asked about Germany's position on the new sanctions, according to UNIAN’s correspondent in Brussels. 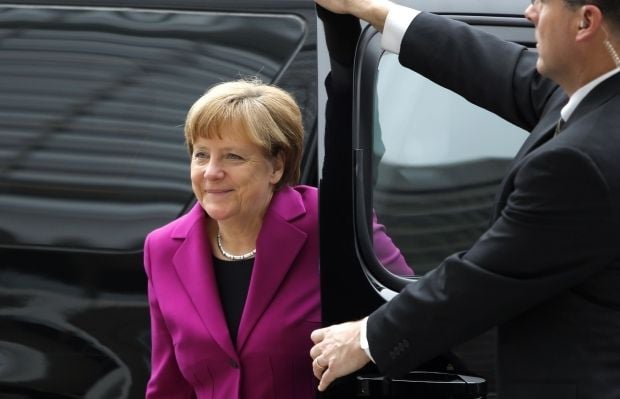 As UNIAN reported earlier, Merkel said that she hoped that the Russian Federation would not repeat in Ukraine the kind of actions it previously took in Moldova.

The Minsk agreements included a ceasefire from February 15 and a subsequent withdrawal of all heavy weapons by both sides from the front line.

The Russian-backed militants broke the ceasefire almost immediately, attacking and capturing the town of Debaltseve on February 18. Attacks by them on Ukrainian positions, although smaller in number and intensity, have continued since then.

The militants have also so far failed to abide by the Minsk agreements by refusing to allow the OSCE to monitor their pullback of heavy weapons, and not disclosing the locations of these weapons, according to the European security organization’s mission in Ukraine.