The president says he is doing everything to achieve victory. 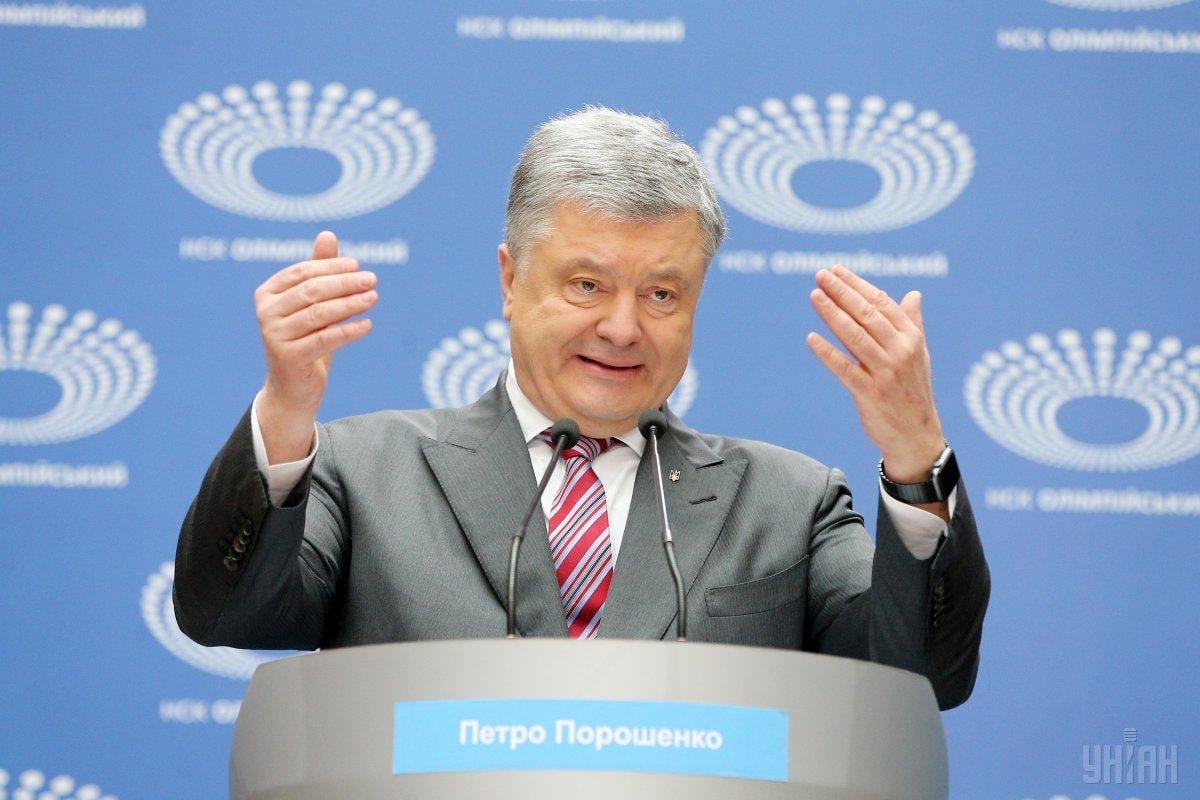 Ukrainian President Petro Poroshenko, who is running for re-election, is committed to win the presidential election.

"I have a firm intention to win the presidential election," he said at a meeting with businesses' envoys on April 15.

The head of state added that he was doing everything to achieve victory.

As UNIAN reported earlier, on April 3, Zelensky declared his readiness to come to the debate with Poroshenko ahead of the runoff, however, he voiced a number of conditions. In particular, he said, the debates should be held at Kyiv’s Olimpiyskiy Stadium, "before the people of Ukraine", and with all TV channels being able to air the event live, while both candidates must undergo a medical exam and prove to the people that there are "no alcoholics or drug addicts" among them.

Poroshenko agreed to hold the debate with Zelensky at the stadium. Although, the law provides for other conditions for holding debates, he said.

On April 10, speaker of Poroshenko's election headquarters, Oleh Medvedev, said that Poroshenko would definitely arrive for the debate at the Public Broadcaster's TV studio at 20:00 on April 19. Moreover, he will arrive at Olimpiyskiy Stadium on the same day to hold debates with presidential candidate Zelensky provided there is no schedule overlap.

If you see a spelling error on our site, select it and press Ctrl+Enter
Tags:Poroshenkopresidentialcampaignelectionspresident