Both suspects in coup, terrorism case released from courtroom as judges fail to extend restrictive measure on time 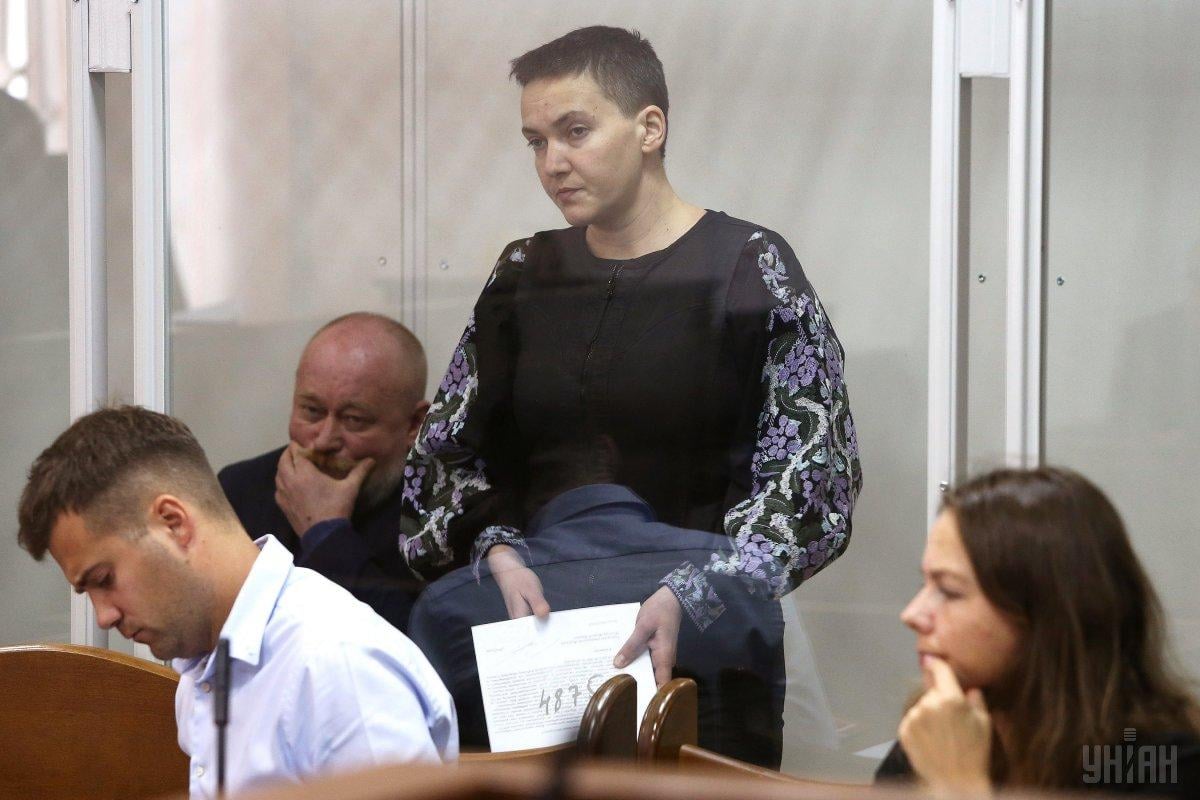 The court released from custody MP Nadiia Savchenko and former hostage swap mediator Volodymyr Ruban as the term of their arrest expired on April 16 without being duly extended on time.

"There is no preventive measure,” Volodymyr Rybin, father of Ruban's lawyer Valentyn Rybin, wrote on Facebook.

As UNIAN reported earlier, MP Savchenko, along with and Ruban who was detained on the line of demarcation with an arsenal of weapons on March 8, 2018, is suspected of plotting terrorist attacks at government headquarters in Kyiv and a coup d'état.

According to the investigation, they planned to shell buildings in the government quarter of Kyiv and assassinate the country's top leaders, as well as seize the Verkhovna Rada building. Also, law enforcers documented the fact of them transporting weapons from the occupied territory to Ukraine-controlled territory in November 2017 set to be used in terror attacks.

On March 22, 2018, the Verkhovna Rada agreed to allow bringing MP Savchenko to criminal responsibility, to have her detained and taken into custody. Savchenko and Ruban were arrested.

Read alsoSavchenko to Ruban discussing terror plot: "I propose a coup. They need to be removed physically - all at once"

In August 2018, the pre-trial investigation of the criminal proceedings against Ruban and Savchenko was completed.

On April 12, Kyiv Court of Appeal forwarded the case to the Brovary City District Court of Kyiv Region.

UNIAN memo. Nadiia Savchenko is a former Ukrainian pilot who was in 2014 captured in Donbas by pro-Russian militants and handed over to Russian authorities who charged her with complicity in the murder of Russian journalists in the warzone.

After she was sentenced to a 22-year prison term in Russia, an enormous joint effort by Ukrainian authorities and international community allowed for her release and return in exchange for two Russian GRU operatives Yevgeny Yerofeev and Alexander Alexandrov who had been detained in Donbas and claimed they were "lost."

Her defiance of Russia's sham trial and firm public stance won her praise among Ukrainians. However, Upon her return to Ukraine, the process of her de-heroization hit warp speed and there came major disappointment. "Perhaps, there is a demand for a messiah in the Ukrainian society, some hero who would come and magically save Ukrainians," wrote UNIAN's correspondent in Moscow Roman Tsymbaliuk.

Some 36% of respondents in a poll set up by the 24 TV channel at the time of her triumphant return to Ukraine in May 2015 wanted to see her as their country's president. She received highest state awards and got to parliament as a Batkivshchyna party member (she later abandoned the party). However, after a series of bizarre moves, including meetings with pro-Russian terrorists and calls for direct talks with Russia puppet "authorities" in Donbas, which played along Moscow's line on Ukraine, in August of the same year, her public support ratings fell to just 4%.

If you see a spelling error on our site, select it and press Ctrl+Enter
Tags:trialterrorismSavchenkocourtcoupRuban