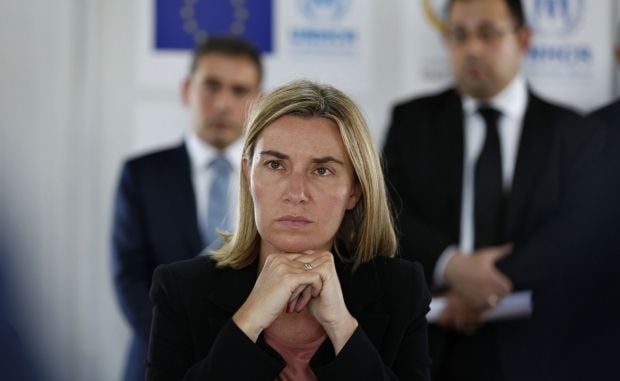 According to Mogherini, the hunger strike poses a threat to Savchenko's life, the BBC Russian Service reported.

"Ms Savchenko has now been on hunger strike for 82 days. After such an extended period of time, she faces permanent damage to her health, or death. <   > Once again, I add my voice to all of those calling on the Russian authorities to urgently release Ms Savchenko on humanitarian grounds," Mogherini said in an official statement.

As UNIAN reported earlier, Savchenko was abducted by Russian-backed militants in the Donbas in the summer of 2014, and then taken to Russia, where she was charged with being involved in the death of Russian journalists. Savchenko's defense claims she could not be involved in the journalists' death, as she had been captured before the accident.

On October 26, during the early parliamentary elections in Ukraine, Savchenko was elected as an MP from the Batkivschyna Party. The Verkhovna Rada made Savchenko a member of the Ukrainian delegation to the Parliamentary Assembly of the Council of Europe.

Savchenko went on hunger strike on December 15 in protest at being denied medicines she required. She is now demanding that she be released from jail and placed in another form of detention pending her trial.

In late January, Russian investigators said they had opened a new criminal case against Savchenko – on illegally crossing the border into Russia.

On February 10, Moscow's Basmanny district court extended the term of Savchenko’s arrest until May 13.

On February 25, Moscow's city court upheld the extension of Savchenko’s arrest until May 13.