Zelensky's campaign headquarters notes that any talks about exchanging Crimea for peace in Donbas are off the table, under any circumstances. 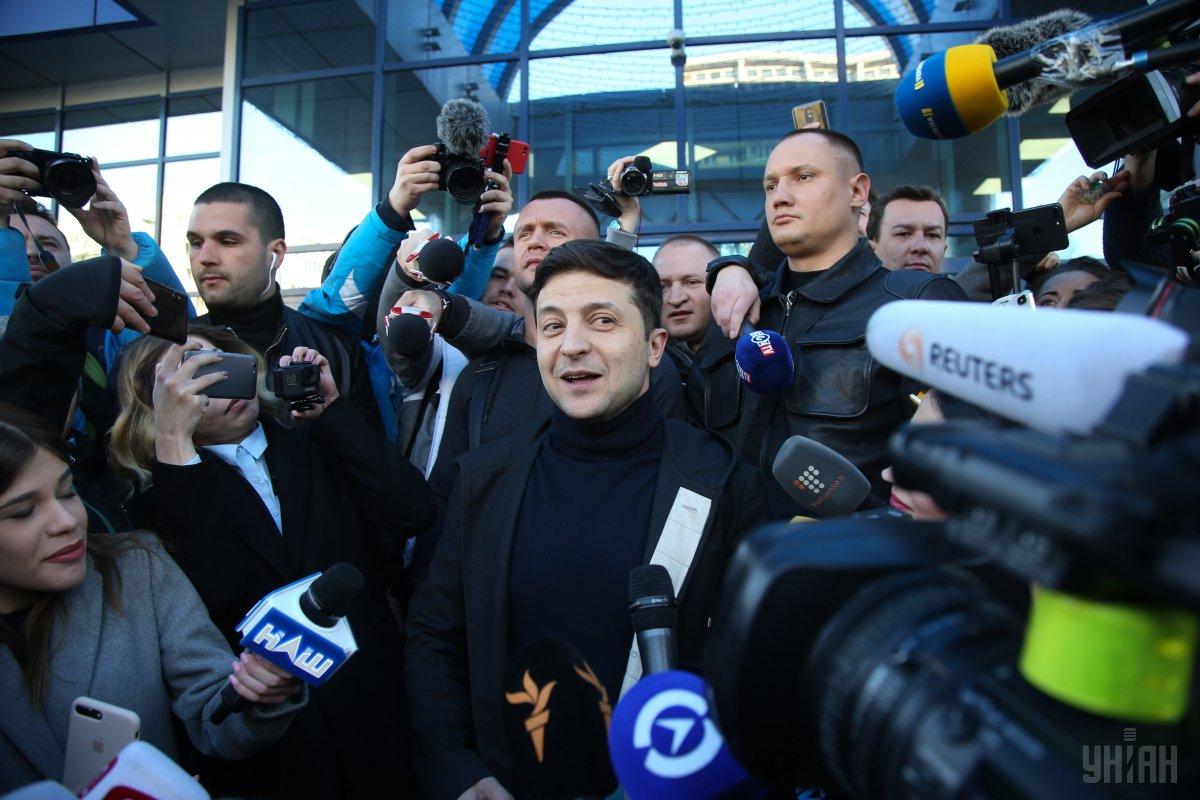 Crimea, Ukraine's peninsula occupied by Russia in 2014 must return to Ukraine, while Moscow must pay Ukraine compensation for the damage inflicted as a result of the occupation, team of Ukraine's presidential hopeful Volodymyr Zelensky wrote in a Facebook posting in response to Crimean Tatar leader Mustafa Dzhemilev's appeal to Mr Zelensky to address the Crimea issue by answering five of his questions.

Team Zelensky responded that "Crimea, of course, is the occupied territory of Ukraine."

“As it is known and recognized throughout the civilized world, this occupation was completely illegal and violent. The so-called 'referendum' cannot be considered an act testifying to the free will of the inhabitants of the Autonomous Republic of Crimea because it was held at gunpoint of Russian troops and without the participation of a significant number of Crimean Tatar, Ukrainian, even Russian and other ethnic origins," emphasized he statement.

"Taking into account these factors, Crimea was, remains, and will be part of Ukraine, which should return along with compensation from Russia for the damage caused by the occupation, taking into account compensation to the victims and families of the victims of Russian repression. We are not ready to give, present, allow rent or use of the sovereign territory of Ukraine and its citizens – this cannot be the subject of negotiations and agreements! The position is unshakable and uncompromising. No agreement on de-escalation in Donbas can be sealed at the cost of Crimea and Ukrainian citizens who are forced to remain in the occupied Crimea," stressed Team Zelensky.

In this regard, it is noted that "in general, issues of Ukraine’s independence, sovereignty, and territorial integrity cannot be the subject of any international negotiations or agreements."

"That is, under no circumstances can we speak about exchanging Crimea for peace in Donbas. And neither can the separatization of certain areas or regions of Ukraine be a subject of negotiations. Moreover, as we have repeatedly stressed, had Crimea and certain areas of Donetsk and Luhansk regions remained part of a free and independent Ukraine, they would have already had more freedoms and powers than they will ever have under the authority of the Russian Federation," Team Zelensky said.

"Of course, a military solution to the conflict with Russia is unacceptable, both from the point of view of the national interests of Ukraine and that of our Western allies. This means that our officials will eventually have to speak with Russian authorities. But this should take place with the participation of Ukraine's Western partners, and under no circumstances must it take place in the occupied territories of our state,"  said presidential candidate Zelensky's campaign team.

"We must maintain contacts with our citizens, who are now suffering under the occupying authorities. But these contacts should be exclusively cultural, informational, and humanitarian. Taking into account what the Russian Federation is doing in Donbas and Crimea, the issue of lifting the economic blockade off the temporarily occupied territories cannot be considered," the statement says.

"We do not separate and will not separate and consider separately the issues of Donbas, Crimea, or the Sea of ​​Azov. But the history and sacrifice of the Crimean Tatar people during Stalin’s, and now Putin’s repressions, and their contribution to the formation and development of an independent Ukraine are unconditional reasons to propose to the Crimean Tatars a separate prospect for national development and role after the liberation of Crimea," said the statement.

"We believe that this role and perspective should not be based on empty political promises. We are convinced that the Crimean Tatar people should receive a concrete plan of support and guarantees from the state and its western partners. We are confident that Crimean Tatars will have a clear prospect for a free life together with the independent Ukraine," summed up Team Zelensky.