This ruling may be appealed to Kyiv's Court of Appeal within five days. 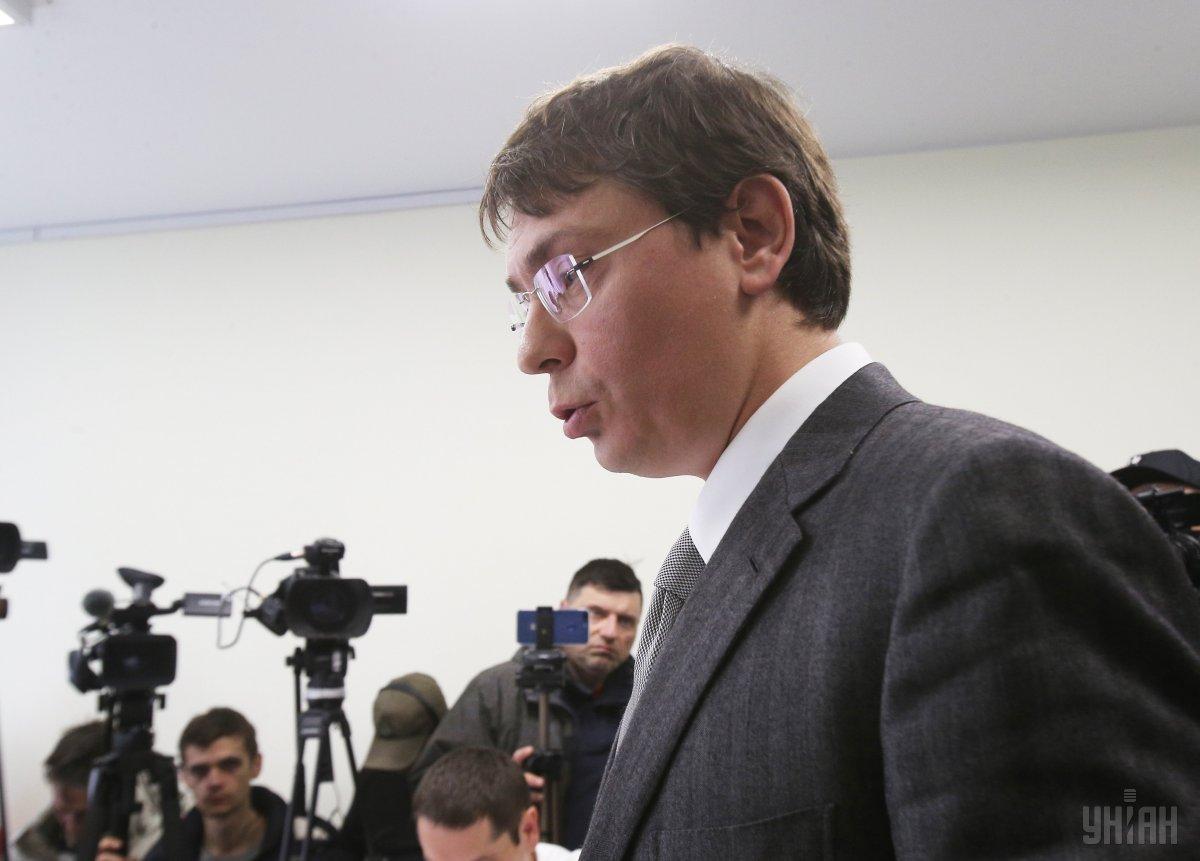 Kriuchkov was extradited from Germany in mid-April / Photo from UNIAN

Kyiv's Solomyansky District Court has ruled to detain former Member of Parliament and former chairman of the board of PrJSC Energomerezha Holding Company Dmytro Kriuchkov for 45 days, having alternatively set bail at UAH 7 million (about US$260,000).

Having spent over four hours in the consultation room, judge Maksym Vyshniak read out the ruling, which partially met Special Anti–Corruption Prosecutor's Office (SAPO) prosecutors' claim, according to an UNIAN correspondent.

"Kriuchkov is subject to a preventive measure in the form of 45-day detention in a Kyiv detention center. Kriuchkov's detention term shall be estimated from 18:04 Kyiv time on April 15. The detention expires on May 29. Bail shall be set at UAH 7,011,000," the ruling said.

In addition, the court ordered Kriuchkov to return his travel documents in case the bail has been put up. Also, if he leaves the detention center on bail, he should wear an ankle monitor.

This ruling may be appealed to Kyiv's Court of Appeal within five days.

As UNIAN reported earlier, on March 29, journalists of the Schemes. Corruption in Detail program released materials alleging that Ihor Kononenko, a close ally and business partner of President Petro Poroshenko, is engaged in embezzling funds in the energy sector. The journalists received from undisclosed sources what they allege is records of phone conversations of a person involved in the case, ex-MP Dmytro Kriuchkov.

Kriuchkov is accused of inflicting damage to the state estimated at UAH 346 million (about US$12.8 million).

Kriuchkov was detained by agents of the National Anti-corruption Bureau (NABU) at Kyiv's Boryspil Airport on April 15, 2019, after he had been extradited from Germany. The extradition procedure was initiated in April 2018.

According to NABU, Energomerezha in 2015-2016 concluded agreements on the assignment of the right of claim for electricity, which was supplied by OJSC Zaporizhiaoblenergo to industrial enterprises. As a result, the money for consumed electricity was transferred to Energomerezha instead of state-run Energomarket enterprise.

The investigation into the embezzlement of the funds started in December 2015. Two individuals are suspects in the case.

Kriuchkov was elected to parliament as member of the Yulia Tymoshenko Bloc. He was a member of the Committee on the fuel and energy complex, nuclear policy and nuclear safety.

If you see a spelling error on our site, select it and press Ctrl+Enter
Tags:investigationNABUembezzlement