Poroshenko's addresses Ukrainians ahead of debate with Zelensky: "I'm not giving up"

Poroshenko says he uses his opponent's tools for addressing the audience because he wants to be heard. 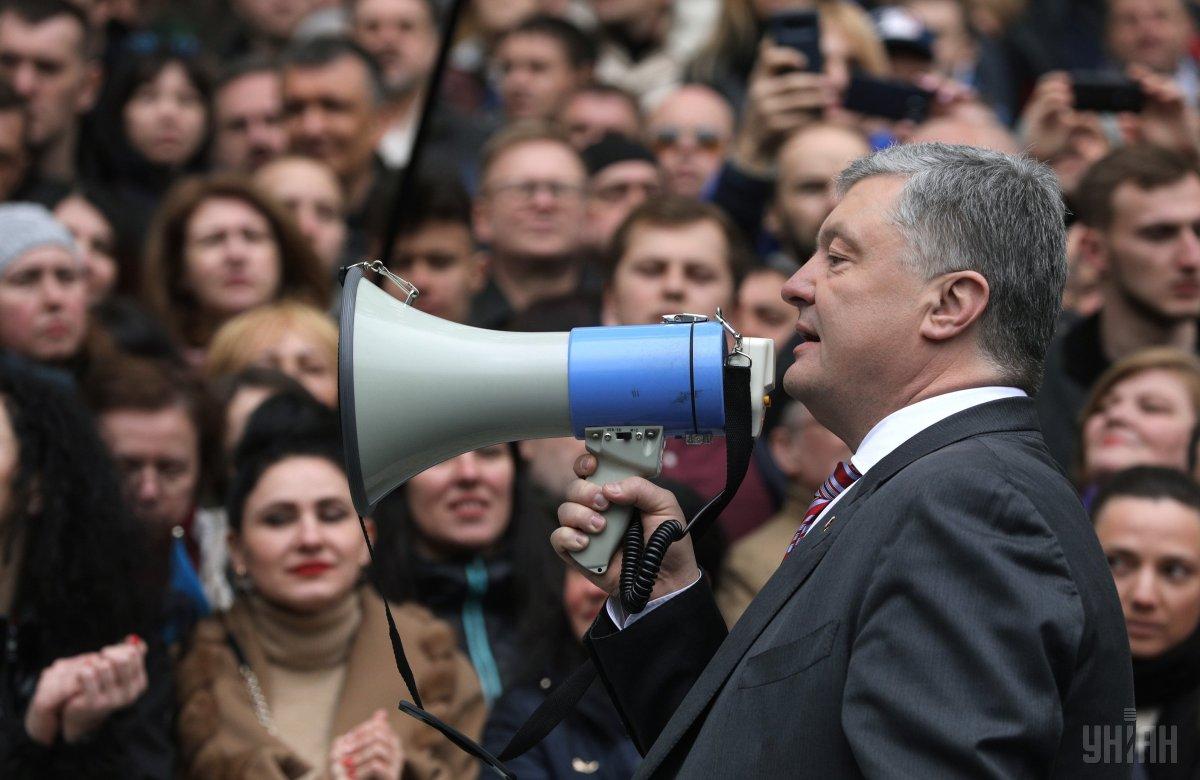 Ukrainian President Petro Poroshenko, who is running for re-election, has addressed the Ukrainians in a video published on his official Facebook page on the eve of the debate with Volodymyr Zelensky, his opponent in the presidential election runoff, at Kyiv's Olimpiyskiy Stadium.

"Five years ago, you believed in me. I made mistakes, but I'm not ashamed of these five years. Just look around: [We have] visa-free regime, independent church, strong army, start-ups... Our country is attractive for foreign investment, [we have] progressive youth who can realize themselves, Ukrainian stuff is trending: clothing, technology, and music. We are turning into a country of possibilities," he said.

"And now I've realized that I haven't communicated much with you. I have been dealing with the country. And now I'm trying to reach out to you by all means. I'm using the tools of my opponent and maybe I even look unusual to you. But I'm not afraid of that if only you could hear me this way. I'm not giving up and I won't give up. I will fight for Ukraine as president, as a candidate, and as a citizen," he stressed.

As UNIAN reported earlier, the debate between presidential candidates Petro Poroshenko and Volodymyr Zelensky would be held at Kyiv's Olimpiyskiy Stadium at 19.00 on April 19.