Materials of the administrative case will be transferred to the court. 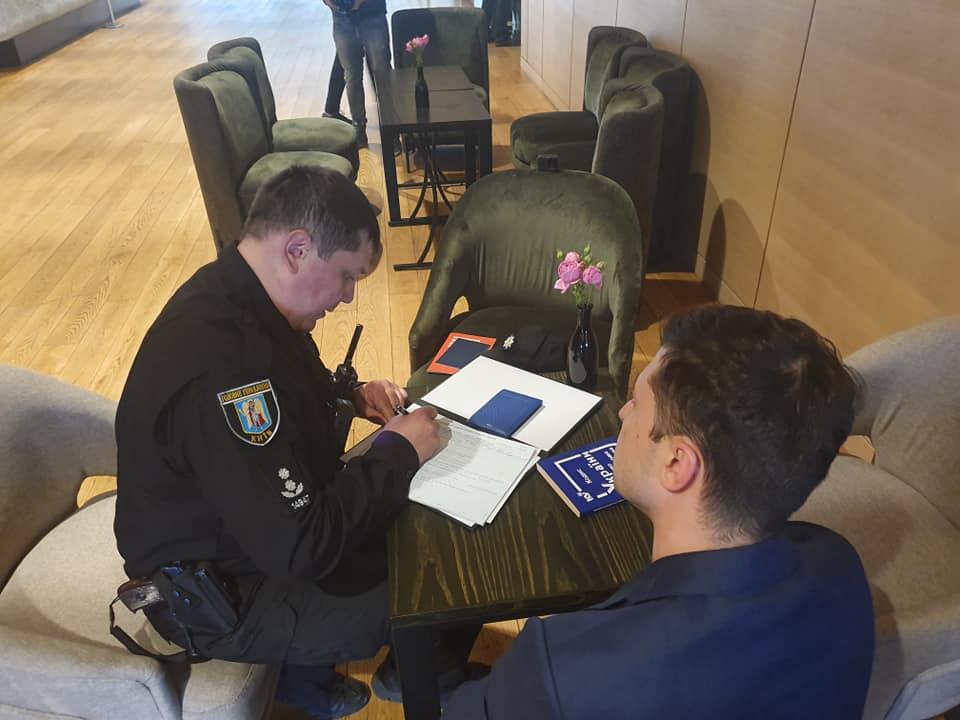 Police have fined presidential candidate Volodymyr Zelensky, having issued an administrative offence protocol for the demonstration of his marked ballot paper to the public at a polling station.

Police officers arrived at Zelensky's campaign headquarters. He explained that he had shown the ballot paper at journalists' requests. "I didn't get the things and displayed it. That's true," he said.

He agreed that a protocol should be drawn up. "All right. I've broken the law. The law is the law," he said.

"A new president means new rules. Everyone should abide by the law! An administrative offence protocol was handed over to Zelensky for demonstrating the ballot paper," speaker for Zelensky's campaign headquarter Dmytro Razumkov wrote on Facebook.

Kyiv's police reported that Zelensky would have to pay a fine from 30 to 50 non-taxable minimum incomes (UAH 510-850, or US$19-31) for the violation of campaigning rules under Article 212-10 of Ukraine's Code of Administrative Offences.

Materials of the administrative case will be transferred to the court.

If you see a spelling error on our site, select it and press Ctrl+Enter
Tags:policeviolationZelensky