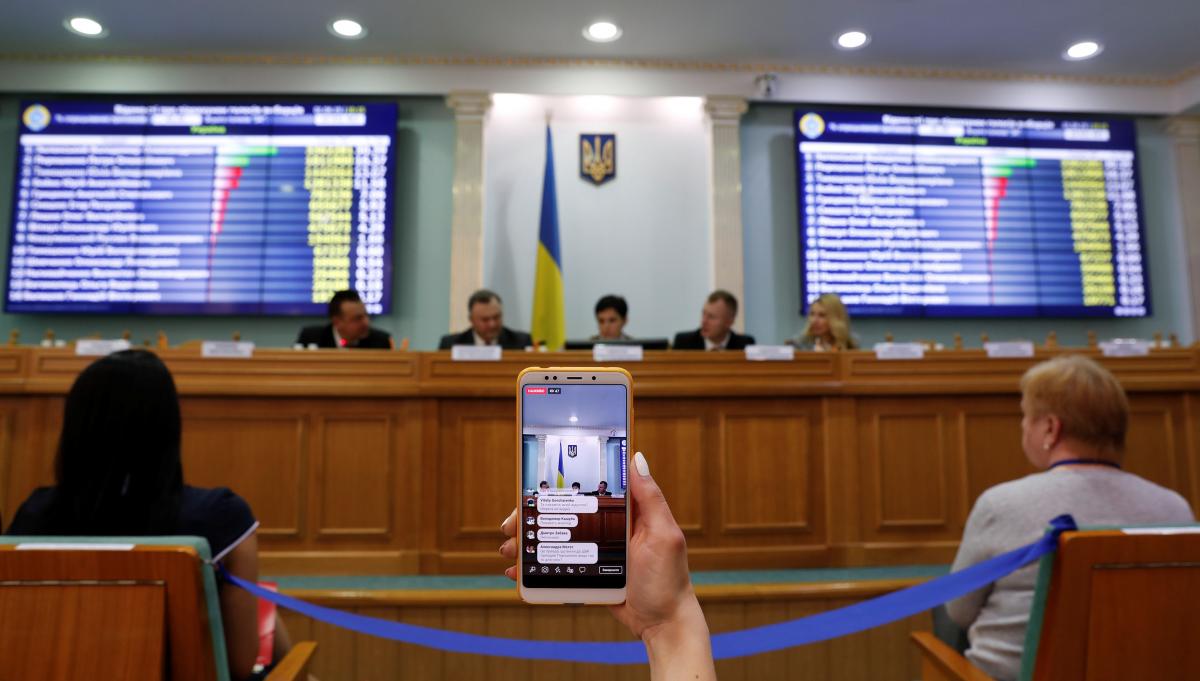 Some 1.08% of protocols have been processed, which is almost 91,000 votes, an UNIAN correspondent reported.

Reports were provided by polling stations from all regions except Zaporizhia, Cherkasy, Sumy, Chernihiv, Volyn, and Chernivtsi.

Read alsoNational Exit Poll: 73.2% of voters support Zelensky, Poroshenko gets 25.3% of the vote

Presidential candidate Volodymyr Zelensky leads with 70.36% in general at all the polling stations except for Lviv region.

His rival, incumbent President Petro Poroshenko, has 27.29%, but his tally in Lviv region is 67%.

Some 2.33% of ballot papers were recognized invalid.

The second round of the presidential elections took place in Ukraine on April 21. Two candidates – Zelensky and Poroshenko – were competing in the runoff.

Screenshot from CEC's website
If you see a spelling error on our site, select it and press Ctrl+Enter
Tags:voteCECresultselections2019results